Will Ranil this time learn a hard lesson from the courts for attempting to delay elections? 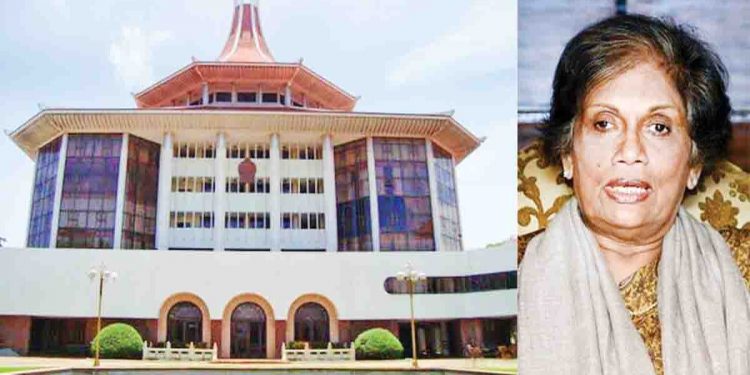 Elections are the heart of democracy. In a country where elections are not held on time, the extinction of democracy is bound to happen. Sri Lanka is a country that has held elections from time to time since the British era. Therefore, the people of this country consider the election or their right to vote is an absolute right. The three-party coalition government led by the Sri Lankan Freedom Party, which ruled the country between 1970 and 1977, postponed the general election that was scheduled to be held in 1975 by two years.

In 1977, the people of Sri Lanka responded to that decision, which undermined the ideals of the people, by reducing the Sri Lankan Freedom Party to 8 seats. Not only that, the people proved in that election that left-wing parties like Samasamaja and Communists are unnecessary for Sri Lankan politics. Even in the future, it is important for any party that wants to change the electoral map of Sri Lanka to know this past story.

Today, the current government’s efforts to suppress public opinion by postponing Sri Lanka’s elections are being highly disapproved by the international community. All the provincial councils that are functioning as a solution to the ethnic crisis in the country have been inactive for about four years. But the government does not want to hold the provincial council elections and confirm the rights of the people. All the provincial institutions of the island remain in place in their last two months of the one-year period extended by the minister in charge.

There have been many instances in the past where the election map was distorted and the country’s democracy was tried to dilute. In 1982, JR.’s infamous referendum held by the Jayawardene government is one such case. The other instance reported in recent history was the illegal attempt by President Chandrika Kumaratunga to postpone the North Central, Central, Sabaragamuwa, Western and Uva Provincial Council elections scheduled to be held in 1999 by using her executive powers. This attempt was reversed by the Supreme Court in a historic decision affirming the ideals of the people, and it is a rare opportunity which confirmed the right of the people to express their will is above the executive.

The term of office of Central, Uva, North Central, Western and Sabaragamuwa provincial councils that were elected in the provincial council elections held in 1993 ended in June 1998. The next step was to call for nominations by the Election Commissioner as per Section 10 of the Provincial Council Elections Act. Accordingly, the nomination period was fixed. According to Provincial Council Elections Act No. 2 of 1988, nominations were accepted. The acceptance of nominations ended on 15.07.1998, and Dayananda Dishanayake, who held the post of Election Commissioner at that time, scheduled 28 August 1998 as the date of holding the election.

The next important step was to plan for the use of postal ballots. Accordingly, it was fixed on 04.08.1998. Accordingly, all related activities were planned by the Election Officers. But with less than 24 hours left for postal voting, the government canceled the postal voting on 03.08.1998. Due to this action which was carried out by sending telegrams to the electoral officers related to postal voting, the parties who were eligible to vote by postal vote became very uneasy.

The following day (04.08.1998) President Chandrika Bandaranaike Kumaratunga in a statement said that the date of postal polling was postponed by the implementation of Article 2 of the Public Safety Ordinance (PSO) Part II throughout Sri Lanka and the enforcement of Emergency Law Regulation No. 5. But the election commissioner Dayananda Dishanayake did not set another date for the same, the crisis intensified.

In the meantime, the term of office of the North-West Provincial Council was also over and the election for that was scheduled for 25.01.1999. According to this situation, it became clear that the government is trying to postpone the election of five provincial councils by using the executive power and emergency law. Against that move of the government, on 04 and 07 December 1998, Supreme Court No. SC. Case 509/98 was filled. Dayananda Dishanayake (Election Commissioner) and others v. Karunathilake and others created history in the Sri Lana’s political annals.

Chief Justice G.P.S.De Silva, Justices, Fernando and Gunasekara delivered the judgment in this case on or around February 10, 1999.

It was held that the plaintiffs’ fundamental rights as enshrined in Article 12 (1) of the Constitution had been violated. It was also determined that the first respondent, the Election Commissioner, violated the fundamental rights of the complainants by suspending the issuance of postal ballots and thereby contributing to the postponement of the polls in violation of Section 14 (1) (a) of the Provincial Act.

The failure to take steps to activate Sections 12 (1) and 14 (1) (a) for the Provincial Council elections, the failure to fix a new polling date even on 28.08.1998, 1998, were brought into consideration. Directing the 1st respondent to take expeditious steps to rectify the fault within six weeks, judges ordered to pay Rs. 30,000 by the government to the petitioners. This judgment, which is regarded as an important landmark verdict in the history of Sri Lanka, confirmed that it is impossible to challenge, even by the holder of executive power, the right of the public to express their opinions.

A fight breaks out inside the parliament! Chaminda Wijesiri attempts to strike Lanza! Speaker ejected Chaminda from the House! (VIDEO)