Chinese ship issue: TNA get involved ! informs it is worried and distressed! 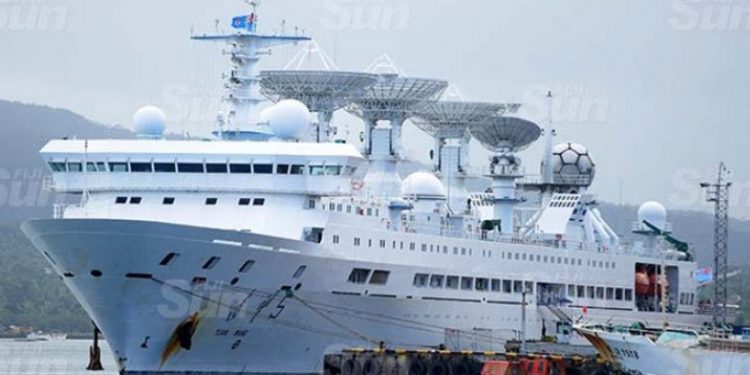 According to the Tamil National Alliance, Sri Lanka should not take sides in the Indian Ocean region’s power struggles.

This was stated by the Tamil National Alliance while explaining its position on the Chinese ship YUAN WANG 5, which is scheduled to arrive at Hambantota port.

The alliance emphasises that the presence of Chinese forces in the Indian Ocean is a reason for India to pay legitimate attention to security, and that the situation should not be exacerbated by allowing Chinese forces to operate in Sri Lanka.

With the announcement that the Chinese ship YUAN WANG 5 is scheduled to arrive at Hambantota port to monitor space and satellite activities in the Northwest Indian Ocean region, a contentious situation has arisen between India and China in this regard.

We would support but not be sycophantic ministers in an all-party government.

The perpetrators of the Easter attack are still active in politics today! within the police force! there is no law and order in the country!