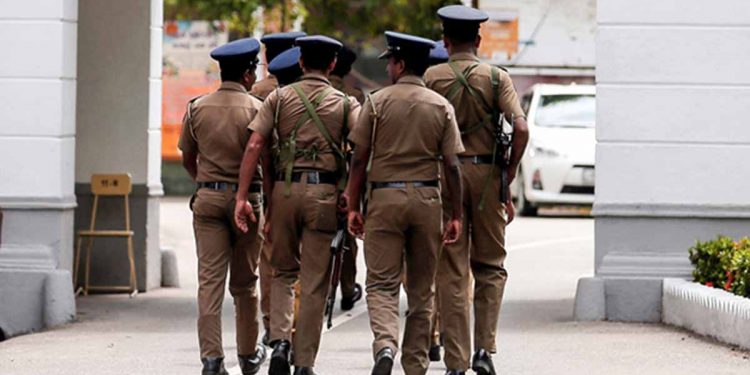 Senior Lecturer Udayakumara Amarasinghe, Chairman of the National Child Protection Authority, said that a special investigation has been started regarding some officers of the Millaniya Police and some teachers of the school who allegedly assaulted and brutally tortured three students studying in the 5th grade of a school in Millaniya area.

The Chairman also said that the children who were attacked have been admitted to the Horana Base Hospital.

He also mentioned that according to a complaint made by the parents of the children who were assullted , he has acted in this regard and has already sent a team of officers from the Authority’s Special Police Investigation Unit to the Millaniya area to conduct investigations.

The incident is as follows

A school teacher’s purse was said to be missing. 12 students have been detained in the library room of the school. There the children were punished by kneeling down by several teachers including the principal. Later, the principal informed the police about the incident. Accordingly, the police have come to the school. The chairman said that three children were beaten in the face and body with batons and then they were taken to the jeep and when they were going to the police, one of the children was electrocuted with a wire.

He said that the authority will take strict action in this regard.

He also said that investigations will be carried out regarding the police officers and the principal of the school who allegedly assaulted the children.

Millaniya Police Station Officer Inspector S. G. M. Mr. Wijetunga regarding the allegation said
All the allegations against the police are rejected. The children have not been assaulted by the police. It only scared the children. I have children too. The stories that they were electrocuted and beaten the children with batons are false.’

The 55th commemoration ceremony of the late DA Rajapaksa was held near the monument! (Video & Photos)

Mahela Jayawardena remarked, “I deplore the Dhanushka Gunathilaka event. Let the law run its course and see what transpired.”