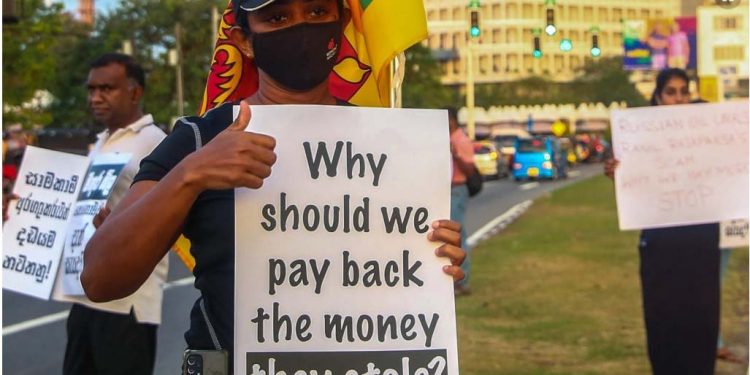 The U.N. Human Rights Council called on Sri Lanka to get a grip on its economic crisis and prosecute corruption by public officials, in a resolution passed Thursday.

The resolution urges the Sri Lankan government “to address the ongoing economic crisis, including by investigating and, where warranted, prosecuting corruption, including where committed by public and former public officials.”

The council voiced concern at the human rights impact of the economic crisis, violence against peaceful protesters and called for a “comprehensive accountability process” for all rights violations and abuses.

The 19-point resolution was brought forward by 37 mostly European countries.

The island ran out of foreign exchange and defaulted on its $51 billion foreign debt in mid-April. It has since been negotiating for a bailout from the International Monetary Fund.

The crisis led to widespread protests that saw President Gotabaya Rajapaksa toppled in mid-July over allegations of mismanagement and corruption.

New President Ranil Wickremesinghe has taken a hard line against protesters who brought down Rajapaksa and used the tough Prevention of Terrorism Act to detain three student leaders.

Sabry made Sri Lanka’s case for a no vote in Geneva in person.

“We strongly object,” he said, calling it “deeply regrettable that this rambling resolution … ignores the institutional and political stability restored in Sri Lanka.”

Twenty countries in the 47-member council abstained, including Brazil, India, Indonesia and Japan.

The resolution underscored the importance of addressing the root causes of the crisis, “including deepening militarization, lack of accountability in governance and impunity for serious human rights violations and abuses.”

The council voiced concern at the human rights impact of the crisis and called for those responsible for violence against peaceful protesters and government supporters resulting in deaths, injuries and destruction to be held to account.

It called on Colombo to ensure a safe environment “in which civil society can operate free from hindrance, surveillance, insecurity and threat of reprisals.”

It urged the U.N. rights office to enhance its reporting on the situation, with oral and written updates at future Human Rights Council sessions.