Ukraine at the center of a diplomatic marathon

Ukraine at the center of diplomatic marathon 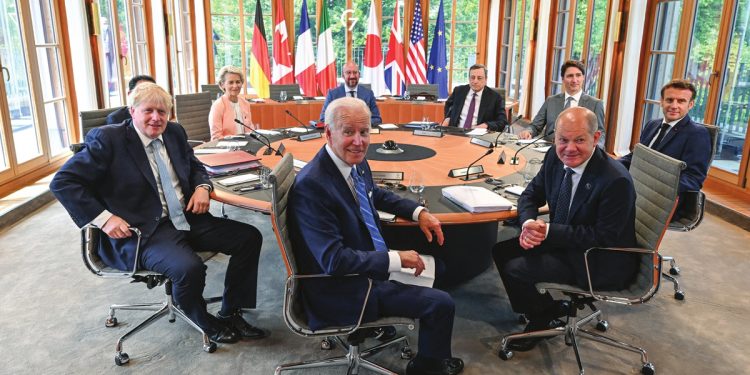 World leaders including French President Emmanuel Macron and US President Joe Biden are due on Tuesday to leave the Group of Seven meeting in Germany and head to Spain for a NATO summit. Before their departure the G7 leaders issued a statement condemning Russia’s deadly attack on a Ukrainian shopping centre on Monday as a war crime.

The Group of Seven leaders have branded the Russian air strike which hit a crowded shopping mall in the city of Kremenchuk in central Ukraine as a war crime.

in a statement of condemnation they said “Indiscriminate attacks on innocent civilians constitute a war crime,” further they noted in a statement condemning Monday’s “abominable attack”. The leaders vowed that Russian President Vladimir Putin and those responsible would be held to account for the strike.

Ukraine accused Russia of deliberately targeting civilians, with President Volodymyr Zelensky calling it “one of the most brazen terrorist acts in European history” in his evening broadcast posted on Telegram.

Dmytro Lunin, governor of the Poltava region where Kremenchuk is located, on Tuesday said the death toll had risen to 18 people.

The summit of the G7 – which comprises Britain, Canada, France, Germany, Italy, Japan and the United States – ends Tuesday and will be immediately followed by a NATO meeting in Spain. (Curtesy France 24)