Threats to Sagara kariyawasam within the party intensified 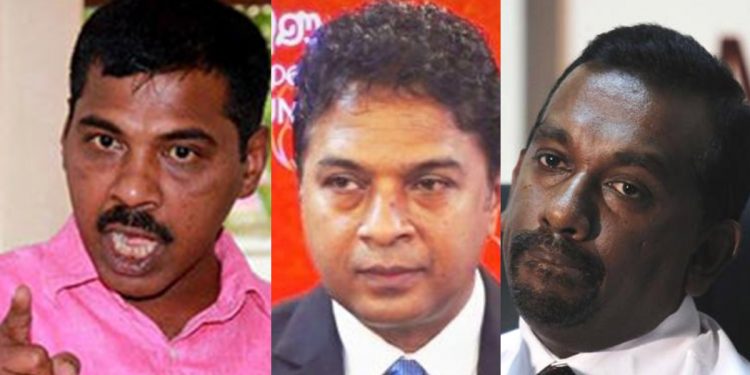 It is reported that the opposition to Pohottuwa MP Sagara Kariyawasam within the party has intensified.

That is with the reports that two members of Parliament tried to attack him on two occasions.

One such incident was that the Minister of State Prasanna Ranaweera tried to attack him during the meeting of the ruling party MPs regarding the twenty-second constitutional amendment. Prime Minister Dinesh Gunawardena intervened and took steps to calm the situation.

On the morning of the voting for the 22nd Government Constitution Amendment, MP Mahindananda Aluthgamage also attacked MP Sagara Kariyawasam and said that he would pick up the MP and hit him on the ground without calling him a secretary.