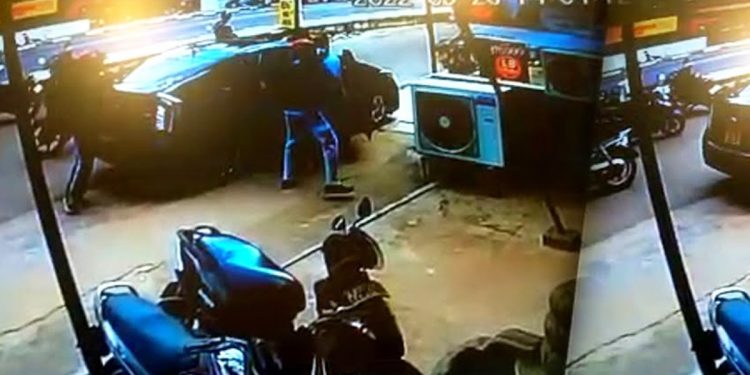 Police have now revealed information that the mastermind behind the theft of 223 lakh rupees which was brought to be deposited in a private bank in Tambuttegama yesterday afternoon (26) is a member of Rajanganaya local council.

The local politician is an MP representing the Podujana Peramuna, and police sources say that he is currently being arrested and questioned.

Accordingly, it has been revealed that this robbery was planned by him.

A police sergeant who was passing by immediately intervened and arrested the suspects when two people on a motorcycle attempted to rob the money brought by a businessman in Tambuttegama for depositing in the bank.

Sergeant Buddhi Kumara, who works in the Various Complaints Division of Tambuttegama Police Station, tamed these robbers who were carrying firearms.

The police headquarters had issued a press release praising him for his adventurous intervention.