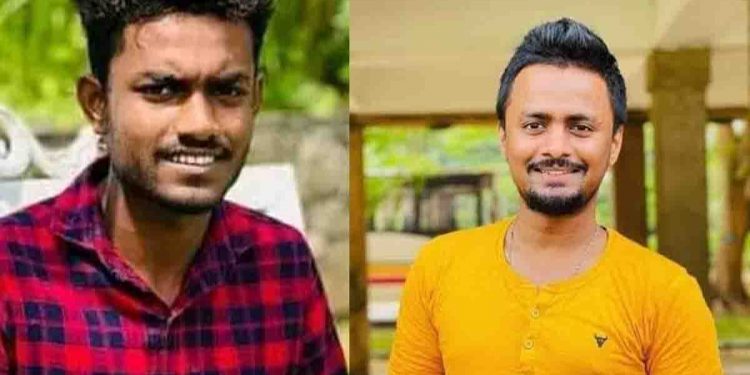 Did you spend four years studying to commit suicide, son?

The occurrences that are reported and observed on a daily basis show that the mental stress of our country’s young sons and girls is increasing dramatically. Stress is a mental condition that occurs spontaneously. When dealing with stress or emotion, this is referred as as developing. When you are under a lot of stress, it might become an issue. Irritability, low mental status, low self-esteem, frequent unpleasant thoughts, difficulties concentrating, sweating, and other symptoms of mental stress These symptoms differ from one person to the next. It is usual among today’s kids to slip into numerous troubles and endanger their lives as a result of this predicament. Weaknesses in our country’s education system also play a significant role in this.

Looking at these occurrences, it is apparent that the children who are studying are the most prone to mental stress. If detected and treated early, children’s mental stress can be entirely cured. If it is not noticed, the situation may deteriorate and potentially result in death. We should be aware that children are prone to anxiety and depression as a result of disregarding long-term stress, and as a result of the development of this condition, children commit suicide.

On the 16th, a young man from Bagalgoda, Yakkala, went missing, and his parents had to go looking for him. Tharindu Anjana Kulatunga, the eldest child of a family of two children, had gone missing at the age of 24. He passed the scholarship exam and was accepted to Ananda Vidyalaya in Colombo to further his schooling. He was accepted into the Peradenya University Humantrarian Faculty to study psychiatry.

Anjana, a fourth-year student pursuing a special degree in psychology, was staying in a residence in Peradeniya’s Neddeniya Galvewa neighborhood. Anjana used to call her mother every night to update her on his whereabouts. Anjana, on the other hand, had not called his mother on the 16th. The mother was concerned because she suspected her son was having a problem. The following is Anjana’s mother’s account of the occurrence.

‘I phoned, I called.’ However, the phone did not get connected. During the day, he shuts off his phone. I assumed my youngster was preoccupied. He phones me at 10 o’clock or half past ten every night and speaks to me every day. He didn’t speak to me for a single day. That’s why we looked. I’m not interested in anything else. I solely care about my child. Please find him for me…’

Anjana’s mother then asked about her son with the owner of the boarding house where he was residing. He had stated there that the room where Anjana was residing had been left open, as had the bicycle that Anjana used to commute to university. Anjana’s mobile phone, wallet, laptop computer, set of glasses, and the gold necklace he was wearing were later discovered when the boarding home owner forced through the doors and searched the room. In the room, there was also a letter written by him. After learning that information, Anjana’s entire family travelled to Peradeniya in search of information concerning Anjana.

He wrote in his letter that his head is in difficulty and that he has no freedom. He has also been informed that there are issues on campus and that he is really exhausted. Even when he called, he said, ‘I’m extremely exhausted…’

On the 18th, they went to the Peradeniya police station and filed a complaint. Anjana’s letter said that he planned to commit suicide by jumping into the Mahaweli River. This letter was brought into police hands, and a special police effort to find Anjana was launched. A large social media effort had been initiated to raise awareness of Anjana. Students from Peradeniya University and Anjana’s neighbors have set up shop in the region.

Anjana began composing his final letter in the morning of the 16th. The letter was only completed around seven o’clock in the evening. Anjana’s parents inquired of his pals, who stated that they knew nothing about Anjana.

Something along these lines was recorded in Anjana’s last letter.

‘It’s 8 p.m. now. I’ll be in Mahaweli if I meet someone within half an hour and there are no obstacles… I sincerely apologise…’
This is how Anjana’s grandmother felt about her darling grandson.

‘In that letter, he expressed his dissatisfaction with the problems that had befallen him. He had no issues. He tells everything to his mum. He never does anything in secrecy. It has been said that there is too much work on campus. Everything happened in three weeks. He studies in Gampaha Hospital once a week. For two weeks, the child did not appear….’

Anjana’s neighbors made the following observations.

Anjana is a wonderful child who never causes any problems. A sociable, quiet child. I can’t image him doing something like that. We should see a doctor, but how can we believe he would do something like this? He can also dance quite well. We have not learned of a love affair…’

Anjana was also very eager to become a lecturer, according to one of his close pals.

Anjana’s body was discovered five days later after a police search operation in Peradeniya (last 21st). It happened while floating in the middle of the Mahaweli River, not far from where the second Rajasingha Mawatha begins at Gatambe.

Anjana committed himself due to excessive stress, but he also had a YouTube channel for psychiatric counselling. He attempted to mend the hearts of people. But he eventually lost himself.
Hasintha Hevawasam, a psychologist, said this about Anjana’s abrupt demise.

Problems are not a laughing matter. Anjana is a person who studied psychology and did counseling for people’s stress. Anyone who did that had no idea why there was conflict. In fact, when the negativity of people cannot be tolerated, the mind of the counselee is killed. This is the most popular and risky job on the planet. You can lose control at any time, no matter how great a person you are or how good a Mentor Counselor you are. You could want to commit suicide. You might forget what you learnt at that point. Stress is uncontrollable. Stress is a very powerful force. If you are stranded and want to die, see a counsellor right away. Go to the hospital and declare that you wish to die. We know how to find solutions that will keep you alive…’

When you look at today’s young people, you can tell that they are in an extraordinary mental state. It is no secret that this illness affects both children and adults. This also increases the danger of the younger generation succumbing to this ailment. A young man died lately, claiming that his parents were arguing. Last August 31, a student from Peradeniya University’s Faculty of Engineering died from mental stress.

He attended Peradeniya University after graduating from the Royal College of Mathematics in Colombo. Nuwan Lakshita Devasurendra (24) lived in Aheliyagoda Bulagahapitiya. During the investigation, the police revealed that he committed himself on August 26th by jumping from the Peradeniya Bridge into the Mahaweli River because he couldn’t stand the tension.

These youngsters would still be alive today if their parents had paid more attention to them. Based on these tragic instances, we believe that youth are the most vulnerable to mental stress. Such mental uncertainty would not have occurred if he had only chosen goals that he could achieve in life. Life is more than just schooling. Everyone should acquire in the habit of putting their feet on the ground and bearing life’s joys and misfortunes with equal heart. Get rid of extremism and learn to appreciate the positive sides of life.

Communicate with your loved ones frequently and share your sorrows. Spend time with friends and have fun. Think positively at all times. Stress is a condition that medication cannot completely treat. Love and kindness are the best medicines. If a close friend or relative is under mental stress, you should refer them to counselling or anger control techniques.