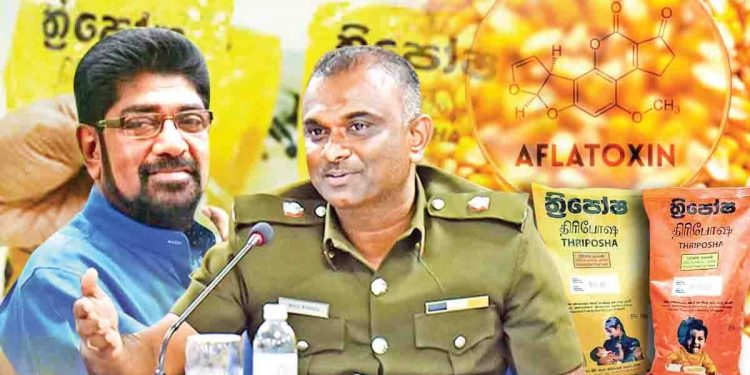 The alphatoxin mess is out again. It is more dangerous than ever.
This story was told to the country by P.H.I. The person in the first chair of the gentlemen. That is why there is a great need to believe this story. We do not know the technicalities of that story. But finally we realized this.

The resolution of the truth or not of this story must happen immediately. In fact, if this matter has happened in the same way, it is a serious matter that what should be done now is to add triposha packets. It is not possible to collect the triphosha in the children’s stomachs. After learning that the children were tortured and fed poison, people cannot stop wanting to eat them. Such a terrible story cannot be ended so easily.

Also, we should ask about the authority given to these officials to directly say that the triposhas given to the children contained poison. This statement is a dangerous one. It should not be a joke to say that parents force-fed their children with the support of the government. You can’t finish saying yes without your mouth watering. Don’t misunderstand. This upul gentleman is not an accusation. This is a very complicated topic. There should be a way for a top official of the country to intervene more responsibly in this kind of thing.

Meanwhile, there is no point in having yes or no contests about these things at this time. Immediate action should be taken. Action is not packet collection. If there are those responsible, they should be caught and hanged. They have committed a sin that deserves the punishment of seven souls. These are toys
The authorities should know that it is not. Someone is making a big mistake right now. Whoever it is, he should be punished to the fullest extent possible.

Either Mr. Upul Rohana is lying. We say that after listening to Minister Keheliya’s speech. Or what Minister Keheliya is saying is a lie. I think so after hearing Upul Rohana’s story. It is impossible for both to be telling the truth at the same time. One says there is poison. The other says no. To say no if it is true is tantamount to abetting murder. To say that there is no poison is to provoke the people extremely dangerously. Both of these are punishable offences.

This is where we went wrong. It is said that the children were given shelter, but there was no one who gave shelter. If it was given like that, they should also find out whose bag to fill. Everyone in that group should bring the golf face forward and take off their clothes. Parents work tirelessly for their children to protect them. It is our custom to protect the children regardless of the odds. Those parents should be informed immediately as to who gave shelter to such children. It is a mistake to believe that after the children who think they are Rakhi have been killed. The triposha packet was force fed to the child who said he could not eat it to make him grow up. It has been learned that the same people who dragged us to the point where we could not bring the eggs from the shop, also committed this mistake.

At this time, we have to wait and see if our law is strong enough to implement them.
Otherwise, the Gods should hand over this position to the Buddha as soon as possible. But now we don’t even believe in such Gods and Buddhas. It is not impossible to bribe these people to bend to their side.