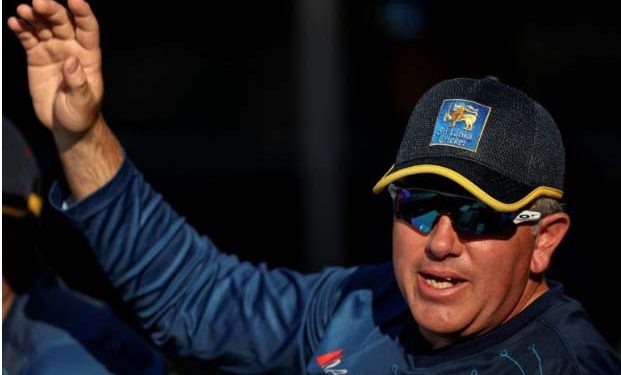 Sri Lanka coach Chris Silverwood says his team have what it takes to emerge from a tough group at the Twenty20 World Cup despite their loss to holders Australia.

The Asian champions went down to the hosts by seven wickets in a Super 12 match which looked competitive until Marcus Stoinis smashed an unbeaten 59 off 18 balls in Perth on Tuesday.

Sri Lanka have won one and lost one in Group 1 and are third behind New Zealand and England. The top two make the semi-finals.

Sri Lanka next play New Zealand on Saturday in Sydney.

“I truly believe that we can not only challenge in this group but come out victorious as well,” Englishman Silverwood said.

And I think if we play to our potential, we can run anybody close.”
Sri Lanka, led by Dasun Shanaka, got past Asian heavyweights India and Pakistan to win the Asia Cup T20 tournament in the United Arab Emirates last month.

They then suffered a surprise defeat to Namibia in the first round in Australia, before bouncing back to reach the Super 12 stage.

They then thrashed Ireland and made the holders Australia work hard for victory in Perth, with Stoinis the difference.

“The confidence is growing within the group,” the 47-year-old Silverwood, appointed in April having overseen England’s Ashes humiliation in Australia, said following the defeat.
“Obviously the important thing from today is to make sure that we regroup and we come back strong.”

Sri Lanka’s hopes of springing a shock have though been hampered by injuries. Fast bowler Binura Fernando was added to the list after he bowled just five balls in Perth before leaving the field.

“Obviously we’re having a bit of bad luck around injuries at the moment, especially in the pace stock,” said Silverwood.

“We’ll find out exactly the extent of (Fernando’s) injury to start with and we’ll have to make some decisions from there.”

The Barron’s news department was not involved in the creation of the content above. This story was produced by AFP.

Marikkar explains how to get out of a tight spot without raising taxes.

Speaker sends all 225 names to immigration in search of dual citizen! EXCLUSIVE