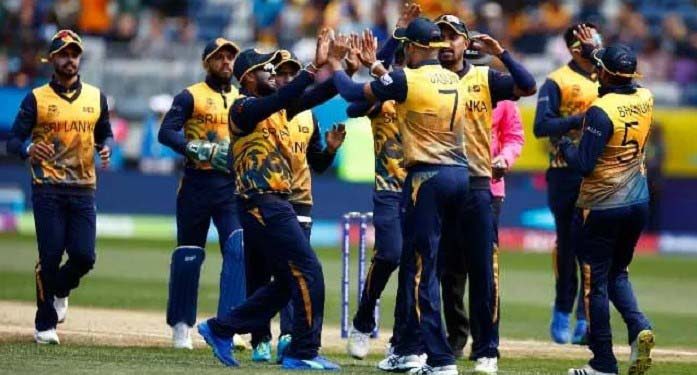 With a thumping win, Sri Lanka has now gone past the Netherlands in the net run rate and a win in the next game will make them break through to the next group.

In today’s game, the UAE elected to field first after winning the toss against Sri Lanka in Geelong.

A stellar performance by Pathum Nissanka saw him top scoring with a splendid knock of 72 off 60 balls, while Dhanajaya de Silva contributed with 33 off 21 balls, and Kusal Mendis 18 off 13 balls.

Sri Lanka Skipper Dasun Shanaka and Charith Asalanka were sent off for ducks, while the rest scored paltry scores of less than 10 runs each.

The UAE’s Karthik Meyyappan took the first hat-trick of the ICC T20 World Cup 2022 picking up the wickets of Bhanuka Rajapaksa, Charith Asalanka, and Dasun Shanaka.

Zahoor Khan bagged two wickets, while Afzal Khan and Aryan Lakra picked up one wicket each.

Afzal Khan top-scored with 19 runs, Junaid Siddique contributed with 18 off 16 balls, and Chirag Suri with 14 runs, while the rest scored less than 10 runs each.

Maheesh Theekshana picked up 2 wickets, while Pramod Madushan and skipper Dasun Shanaka bagged one wicket each.

Sri Lanka will next take on the Netherlands on Thursday, 20th in Geelong.

Protect the right to assemble, says the UN rapporteur