Sita out! Gota to Parliament! The Prime Minister of the new government Gota! EXCLUSIVE 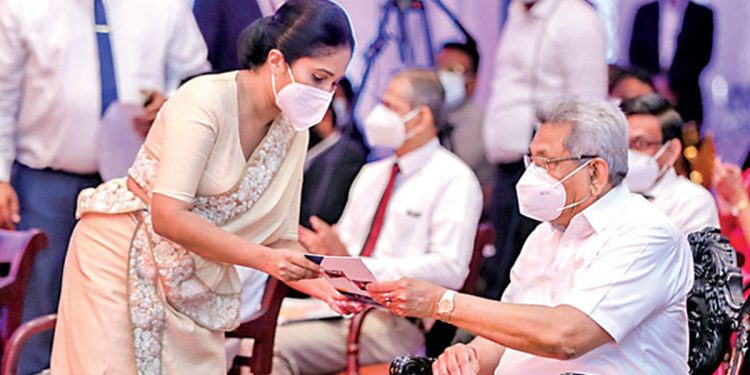 According to reports, a group of MPs in Pohottuwa are planning to bring former President Gotabaya Rajapaksa back into active politics and invite him to Sri Lanka.

This group intended to elect the former president to the legislature from the national list.

As stated by sources, Mrs. Sita Arambepola, a National List MP from Pohottuwa, will resign from her position to allow the former president the opportunity.
As a result, it has been reported that the Pohottu MPs are ready to propose Mr. Gotabhaya Rajapaksa for the position of Prime Minister in the new government that will be formed in a few weeks.
A resolution must also be signed by the majority of MPs and submitted to the President.