Sagara kariyawasam vows to take disciplinary action against Anura Priyadharshana and others. 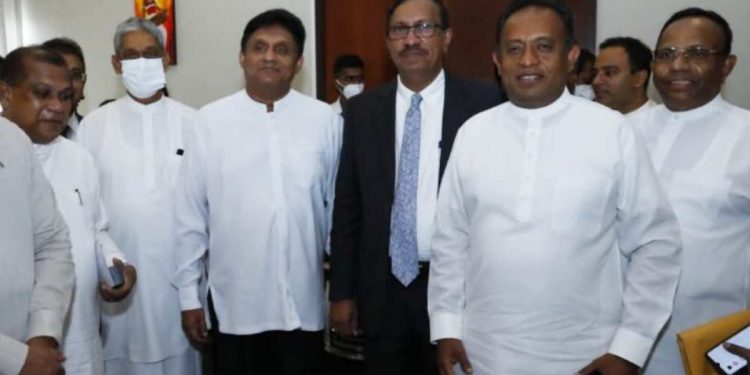 Sri Lanka Podujana Peramuna Secretary General Sagara Kariyawasam, who is very upset after the news that MPs Anura Priyadarshana Yapa, Chandima Weerakkodi, Sudarshani Fernandopulle and Jayaratne Herath met opposition leader Mr. Sajith Premadasa yesterday (14) and expressed their willingness to join the Samagi Jana Balawega Alliance. All these MPs have been contacted by phone and told that disciplinary action will be taken against them.

Mr. Kariyawasam has informed them that although there is no problem with being independent in the Parliament, it is illegal for these MPs who were elected by contesting in the last general election to join any other party representing the Parliament.

It is also known that Mr. Kariyawasam has pressured them to change this decision immediately.

Accordingly, yesterday evening Sudarshani Fernandopulle and Anura Priyadarshana Yapa have stated that they are working to strengthen the role of the opposition and did not take membership of Samagi Jana Balawega.

According to the internal information received by ‘Motherland’, the two MPs have issued these statements in response to Mr. Kariyawasam’s notification to avoid any legal problem.

But ‘Mawrata’ has come to know that these MPs contacted the opposition leader yesterday after many rounds of negotiations that have been going on for many days.

Photographs of the meeting of the concerned MPs with the Leader of the Opposition: