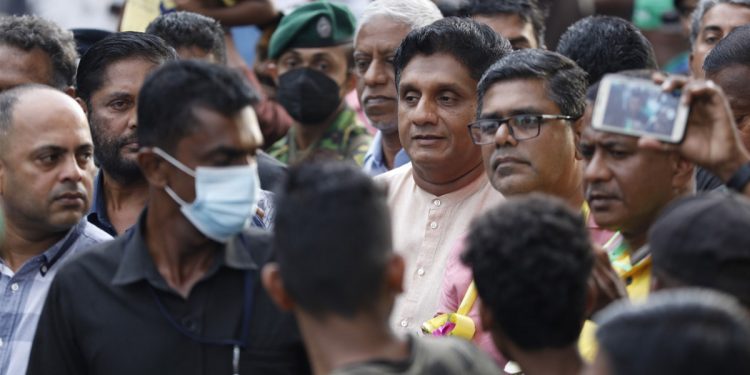 Mr. Sajith Premadasa, the leader of the opposition, said that in order to save the country from the current crisis, the people are demanding a change in the system, not giving personal bounties according to their own will, and under the new system, a program that prioritizes economic social justice and humanity is needed.

With the participation of a huge crowd, the meeting of the Colombo Constituency Committee was held in the center of Samagi Janabalawega. It was organized by the Member of Parliament, Mr. Mujibar Rahman.

The sons and daughters of politicians in this country have always accepted the seats of their parents and although the Meda Colombo seat is unique, in his political journey he went to a difficult province and learned about the people of that province and started his political journey spontaneously because he needed to prove something to the country and the people. The leader of the opposition said that because.

The reason for the tragic fate of the country today is the result of the Rajapaksa’s division of race, religion, caste and class and breaking the country into pieces and creating hatred between races and religions. He said that 22-0 lakh people have become extremely helpless.

The opposition leader said that this caste-religion discrimination was implemented starting with sterilization and sterilization operations and ending with cremation and burial. Today, even though various parties are shouting racism and bigotry, the opposition leader said that back then, everyone other than the United People’s Force did not oppose it.

The leader of the opposition said that with the 22nd amendment, one of Mola Hatta’s teeth was lost and he is going to run for the election again. If possible, he should show up for the vote from Colombo and say that Rajapaksa will be removed from the power of the people step by step.