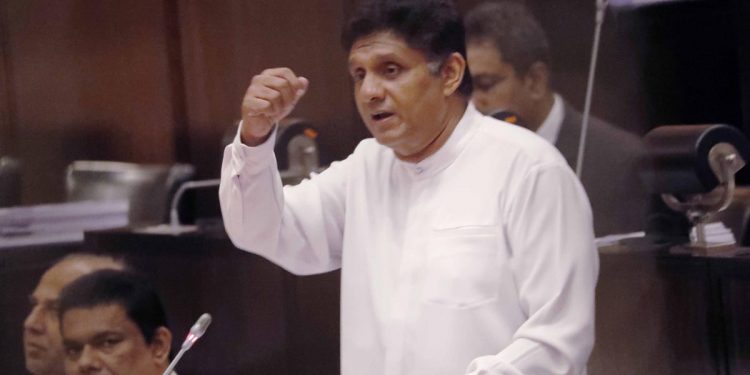 Mr. Sajith Premadasa, the leader of the opposition, said in Parliament today.

The opposition leader said that they knew that it would be easier for them to appoint a gang of cronies who would do the job in order to break the central bank once again.

The opposition leader asked the Prime Minister to replay the statement made by Mr. Dinesh Gunawardena about breaking up the Central Bank and said that all those who started bankrupting the economy of this country have been safely crossed over on the red carpet.

The government has 116 votes, while the opposition has 108. The budget will fail if 5 changes are made!

The ‘Manna Kanna’ who was said to have stabbed Kanjipani’s father with manna was hit by 2 bullets this morning! The situation is serious!