Kataragama became hot! Try to apprehend the disciplinary teacher for an alleged attack on a student! 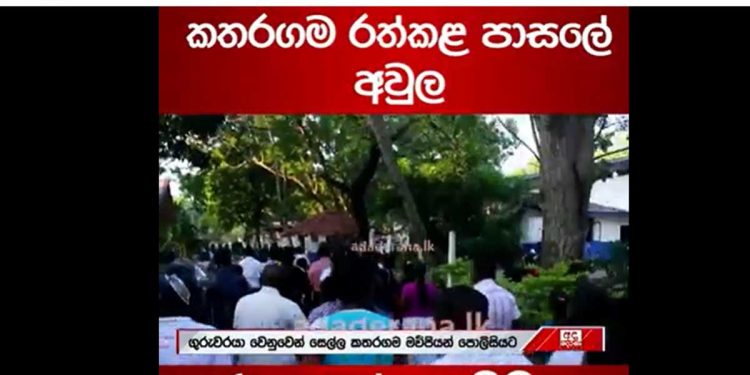 The teachers of 05 schools in Kataragama have decided to withdraw from their teaching activities to protest against the arrest of the disciplinary teacher of Sellakataragama Maha Vidyalaya.

The teachers allege that they are going to arrest the concerned teacher based on a false allegation made by a mother that she assaulted her child.

Also, the teachers say that the school student related to the relevant accusation has been investigated before the school’s disciplinary committee regarding the indiscipline activities on several occasions.

The teachers further say that the teacher in charge of discipline warned the child due to an incident involving the child smoking a cigarette.

Meanwhile, the secretary of the Thanamalwila region of the Ceylon Teachers’ Association said that if the concerned teacher is arrested based on this incident, all school teachers will take steps to withdraw from their studies.

However, the 7th year student of that school who is said to have been assaulted has been admitted to Borella Rijeva Arya Children’s Hospital for treatment.

Also, a large group of parents of all the other children studying in that school have gone to the Kataragama Police Station on foot in support of the concerned teacher.

The OIC of the police station has stated that the teacher has not been arrested in connection with the incident and that investigations have been carried out.

Accordingly, the protestors left the place.