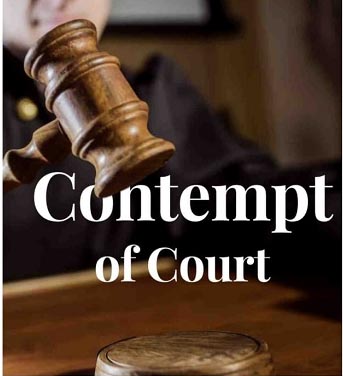 A lawyer filed the petition with the Court of Appeal today (29).

In a statement to the media on Monday (23), MP Sanath Nishantha said that officers from the Attorney General’s Department and some judges are to blame for releasing criminals involved in the recent violence in Sri Lanka.

“Some judges should take responsibility for this because they release these criminals on bail in one day,” he said.

According to the SLPP MP, bail can only be obtained from the High Court in cases involving the Public Property Act and the Archaeology Act, but several magistrates are now issuing bail.

The Fort Magistrate ordered the CID to obtain original videos of MP Sanath Nishantha’s controversial statements during a press conference.

The Magistrate also directed the CID to investigate whether the MP made any comments that slandered the judiciary.

All facilities are ready! Gota will come to Sri Lanka soon! Secretary General of Pohottuwa gives the dates!