Bangladesh warns against loans from China 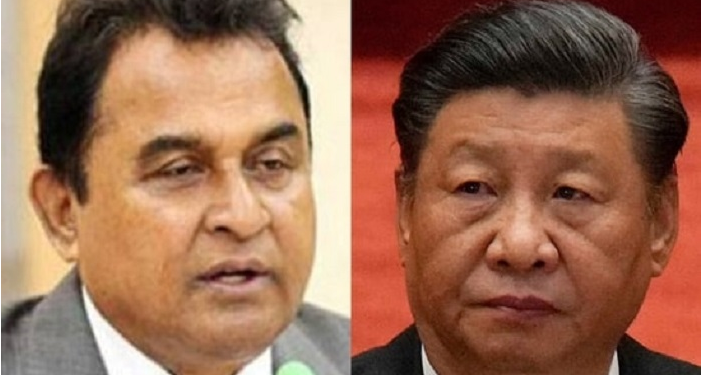 Bangladesh’s Finance Minister, AHM Mustafa Kamal, has warned his country not to follow in the footsteps of Sri Lanka by seeking Chinese loans.

According to the Hindustan Times, Mustafa Kamal has warned that developing countries should reconsider taking additional loans through China’s Belt and Road Initiative as global (BRI) inflation and slowing growth add to the strains on indebted emerging markets.

In an interview with the Financial Times, Kamal also stated that China should be more stringent in evaluating its loans, citing concerns that poor lending decisions could push countries into debt distress.

The finance minister said, referring to Sri Lanka, where Chinese-backed infrastructure projects that failed to generate returns exacerbated a severe economic crisis, “Whatever the situation [that] is going on worldwide, everybody will be thinking twice about agreeing to this project (BRI).”

He also stated that the crisis in Sri Lanka demonstrated that China had not been rigorous enough in deciding which projects to support. Before lending to a project, it must “conduct a thorough investigation,” he said. “After Sri Lanka… we felt that Chinese authorities were not paying attention to this very important aspect.”

The country, a participant in China’s BRI, owes Beijing approximately $4 billion, or 6% of its total foreign debt.

He also expressed confidence that the country would receive loans from them. His remarks came during a weekend visit to Bangladesh by China’s Foreign Minister Wang Yi, who met with officials including Prime Minister Sheikh Hasina.

Sri Lanka, which defaulted on its sovereign debt in May, is negotiating an emergency bailout with the IMF. Pakistan, whose foreign reserves have dwindled to only a month and a half’s worth of imports, reached a preliminary agreement with the fund last month to release $1.3 billion as part of an existing $7 billion assistance package.

Bangladesh has been hard hit by rising energy import bills, with daily, multi-hour power outages caused by fuel shortages. Its foreign reserves have also declined from more than $45 billion a year ago to less than $40 billion.

Analysts say the country’s strong export sector, particularly its garment trade, has helped protect it from recent global shocks, and its reserves are still sufficient for about five months’ worth of imports, providing some cushioning. This meant that, while “everyone is suffering [and] we’re also under pressure,” Bangladesh was not in danger of defaulting like Sri Lanka, according to Kamal.

Distribution of oil commences from 19 – Minister

A reminder from SL Customs for travelers arriving in Sri Lanka