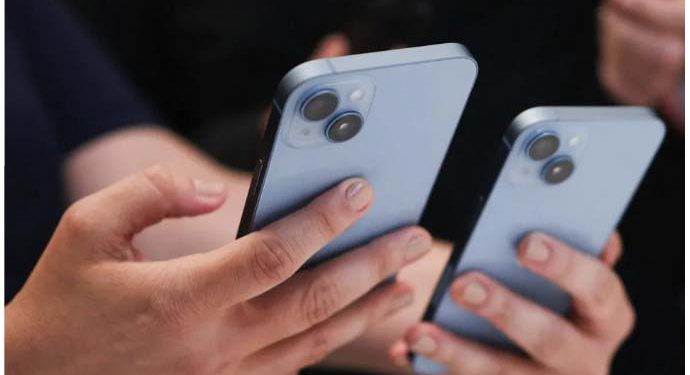 Apple put an immediate stop to production of iPhone 14 Plus parts in at least one Chinese manufacturing site, The Information reported.

The iPhone 14 Plus was marketed as a cheaper option to other iPhone Pro models.

Apple’s new lineup of smartphones ditched the smaller “Mini” in favor of the “Plus.”

Apple is slashing production of its iPhone 14 Plus, according to a new report from The Information’s Wayne Ma.

The publication cited two people familiar with the company’s supply chain. The tech company has had at least one manufacturer in China stop production of parts for the “Plus” smartphone model, one source told the publication. The individual said the company stopped production at the facility to better gauge demand for the product.

Two suppliers in China that assemble the parts for the iPhone are dropping production by 70% and 90%, the source told The Information.

The company did not respond to a request for comment from Insider ahead of publication.

Apple had just announced the new lineup of smartphones on September 7 and began shipping out the model on October 7. The $899 iPhone 14 Plus was marketed as a cheaper option as compared to more expensive iPhone Pro models.

Notably, the iPhone 14 lineup also got rid of the smaller, “Mini” model that was present in the iPhone 13 lineup.

As pre-orders went live in September, renowned Apple analyst Ming-Chi Kuo said demand for the iPhone 14 and 14 Plus was “lackluster.” He said both phones would be in stock at the release of the new iPhone 14 suite, noting they had weaker pre-orders than the iPhone SE 3 and iPhone 13 mini.

In September, Bloomberg reported that Apple was backtracking on its plans to boost production of the new lineup of iPhones later this year after demand failed to meet expectations.

Meanwhile, demand for the more expensive iPhone 14 Pro and iPhone 14 Pro Max appears relatively strong as Apple has had at least one manufacturer boost production for the two models, The Information reported.

A 21-year-old girl was fatally shot.