70 ministries in offer! SJB will never buy Ministerial carrots! It is a media project by Govt.! The opposition leader makes a special statement to the nation! (VIDEO) 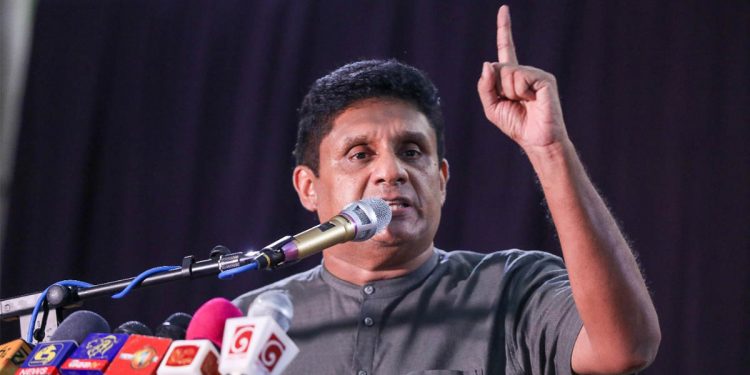 This was stated by the opposition leader in response to a media operation organised by a certain group that Sahab MPs will join the government through certain social media starting this morning.

At a time when the country’s 220 lakh residents are experiencing great sadness and discomfort, a small segment of the media industry has prepared fake news and read it in newspapers and on headline programmes the next day so that people can form an opinion about the country’s main opposition, the Samagi Jana Balawegaya and the Samagi Jana Alliance. He stated that efforts are being made to accomplish this, and that they will create the impression that Samagi Jana Balawega and the Samagi Jana Alliance are on their usual power-hungry political journey, which is completely false.

He stated that the people should not get caught up in the conspiracies launched by the 1% lazy media, and that some of them have conspired with the crows and established various rumours on crow websites, as well as being involved in the Naga Raja media project, which misleads the country’s common people.

The opposition leader also claimed that during the previous presidential election, they used the Naga Rajya media project to put the Kelani Rajamaha Vihara and the Sambuddha Sasana up for political auction.

He claimed it has nothing to do with the gambling that distributes approximately 70 ministerial positions to cronies through the all-party government.