16 bailed out ,Wasantha with 2 others further detained 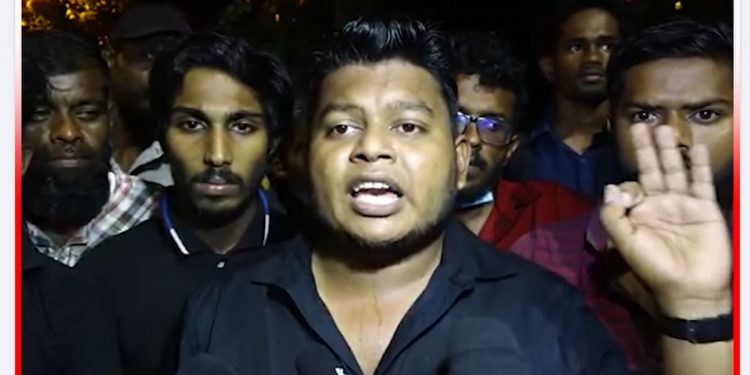 The police say that three people, including the convener of the Inter-University Student Council, Wasantha Mudalige, are being detained under detention orders and are being investigated.

The Police Media Division stated that Reverend Galvewa Siridhamma Thero and Mr. Hashantha Jeevantha Gunathilaka, who have been arrested, are also to be detained and investigated under detention orders related to the events that took place in the struggle since April 9th. 19 protestors have been arrested by the police during the protest held by the Inter-University Student Union in Colombo yesterday evening.

That is due to being members of a wrong crowd. The police said that the suspects were arrested by the Kurunduwatta, Kompanya Vidiya, Borella Police Stations and the Kelaniya Division Criminal Investigation Bureau. Meanwhile, the Fort Magistrate’s Court ordered today (19) to release 16 of the 19 arrested suspects on bail.

Egg price to reduce from Monday

The US ambassador meets Sajith! discusses many issues