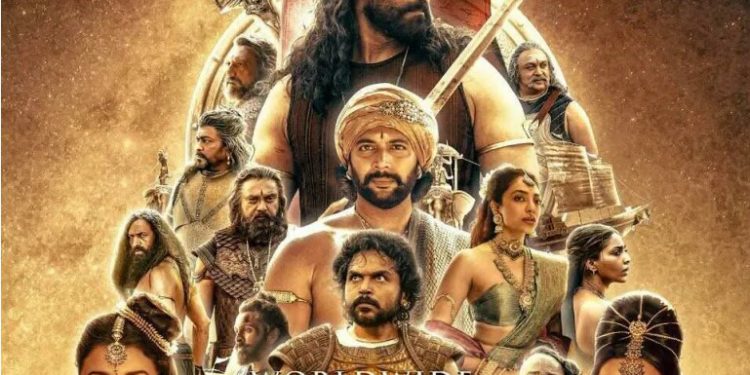 The Morning Brunch reached out to Shyam Fernando to learn more about his role in the movie and how it came to be. Fernando expressed his gratitude towards filmmaker Prasanna Vithanage, stating that it was because of him that this opportunity came about. “When I met Mani Ratnam, he told me he was looking for an actor that was part of certain Sri Lankan films. He had seen my film directed by Withanage With You, Without You, and was pleased with my acting and decided to pick me for the role,” he told us. Ratnam then went on to contact Vithanage, who put him in touch with Fernando and the rest is history.

This film which Mani Ratnam dubbed his “dream project” started to take shape in 2019 after Subaskaran’s Lyca Productions came on board with funding. Ponniyin Selvan has been widely referred to as “the most anticipated Tamil blockbuster of 2022” by the press, fans, and critics alike. Fernando added that it was an absolute honour to be a part of Ratnam’s dream movie. “For all actors on this movie, it is such an achievement to be a part of what such a prestigious director dubs as his dream movie,” he said.

What makes Ponniyin Selvan significant for the Sri Lankan audience is that it tells the story of the early days of Arulmozhivarman who later became the great Chola Emperor Raja Raja Chola 1 (947 AD – 1014 AD). Sri Lanka was a part of the Chola Empire from 993 to 1070 AD and the writer of the novel, Krishnamoorthy, is said to have visited Sri Lanka a few times to gather information for the book.

Even today, the novel has a cult following and fan base among people of all generations. The book continues to be admired and garner critical acclaim for its tightly woven plot, vivid narration, and the way in which the power struggle and intrigues of the Chola Empire were depicted. The book has remained the undisputed best seller in Tamil Nadu/South India for the past 70 years.
Fernando added that as a Sri Lanka actor, being part of such a huge movie with massive production value is an honourable achievement for him and his country. He added that he had not seen the full movie yet, so he is excited to watch it today at the premiere.

Listing off some of the greatest figures in cinema, like the project’s music director Academy Award-winner A.R. Rahman and Producer Allirajah Subaskaran being a respected British-Sri Lankan entrepreneur who founded Lyca Productions, which has produced some of the most iconic Tamil language box office hits in the recent years including 2.0, RRR, Don, Sita Ramam, Pushpa, Darbar, and Kaththi, as well as a plethora of renowned actors, Fernando added that it was enthralling to have worked with such talented people.

Since Fernando plays the role of the Sinhalese king Mihindu V, Ratnam specifically wanted an actor that was well versed in Sinhalese – another plus point for Fernando. Unfortunately, that may also be the reason for the door of opportunities to close. Fernando revealed that Ratnam had expressed much interest in working with him on more ventures, but the opportunities would be limited since Fernando does not speak any Indian languages. “Maybe if the opportunity arises specifically for a Sinhalese-speaking actor, I will be considered first, but the language barrier limits me from many opportunities,” he explained.

He does hope that his debut will bring Sri Lankan actors to the forefront of Indian cinema and open a collaborative network between the two countries.