Abhishek Bachchan storms off the sets of THIS show, after a joke on Amitabh Bachchan 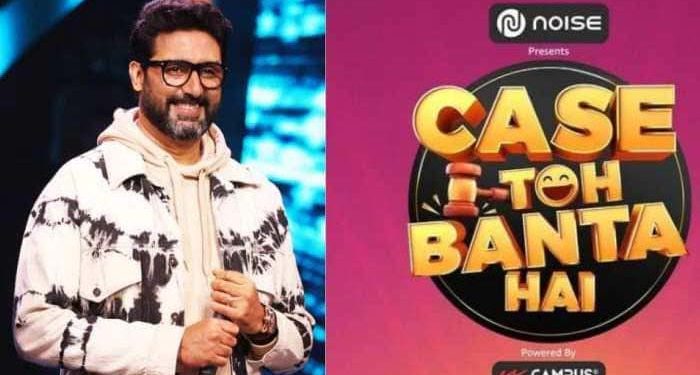 `Case Toh Banta Hai`, which streams on AmazonminiTV, is a weekly comedy show starring Riteish Deshmukh as a defence lawyer and Varun Sharma as a public prosecutor.

The otherwise calm and composed Bollywood actor Abhishek Bachchan, looked visibly miffed during the recent episode of the streaming show, Case Toh Banta Hai. The actor stormed off the sets of the show as he said: “I`m not a fool.”

The show`s team, which expected a happy and humorous shoot day with AB Jr. were left with a sour aftertaste.

The actor said during the shoot: “Its getting a bit too much. Im all game for myself. I get it, but lets not get to parents and all that. Mujh tak jokes rakh lena, pitaji ko lekar me thoda sensitive ho jaata hoon (Im fine with jokes being told at my expense but I get sensitive when it comes to my father). Wo mere pita hain, mujhe acha nahi lagta (He is my father and I dont like it)." Paritosh tried to calm Abhishek down, but he was in no mood to hear him out. "Thodi izzat deni chahiye. Comedy ke daayare me itna bhi nahi karna chahiye, hum log aaj kal beh jaate hai (one should be respectful. You cannot say anything just because youre trying to extract humour)” Abhishek schooled Paritosh.

As the makers and team of Case Toh Banta Hai tried to defuse the situation, Abhishek simply walked out mid-shoot, leaving people stunned.

Case Toh Banta Hai, which streams on AmazonminiTV, is a weekly comedy show starring Riteish Deshmukh as a defence lawyer and Varun Sharma as a public prosecutor.

Social media sensation Kusha Kapila dons the judge`s hat to decide the fate of some of the biggest Bollywood celebrities, while comedians Paritosh Tripathi, Gopal Dutt, Sanket Bhosale, and Sugandha Mishra among others amp up the entertainment quotient with their unique comedy.
(Curtesy Zeennews)

Do not fall victim to the government’s games! Hold elections right away! The young legal force is headed to the Election Commission! (PHOTOS)

A few greedy people have become our leaders! Reason for the country’s collapse is that ! The cardinal foretells of dreadful devastation!