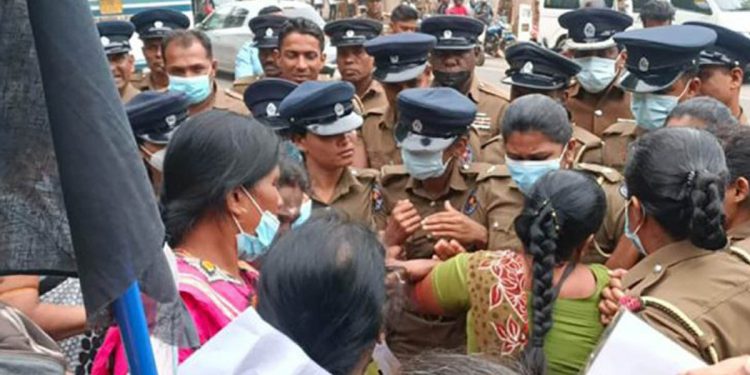 Relatives of those who disappeared in Vavuniya protested against President Ranil Wickremesinghe’s visit to Vavuniya today (19).

This was Ranil Wickramasinghe’s first visit to the Northern Province after becoming President.

The relatives of the missing had planned to hold the protest near the road where the President would arrive.

Among the protest organized in front of the Vavuniya District Secretariat, they also demanded to allow an international investigation to find those who disappeared during the war.

But when the Vavuniya police officers tried to remove them, a heated situation arose between the two parties.

It was seen how the police brought female police officers to Vavuniya, gathered the protestors in one place, and tried to tame the protestors by using barriers so that they could not raise their voices.

The water bill was increased by 70% once! A proposal forwarded to increase it again!