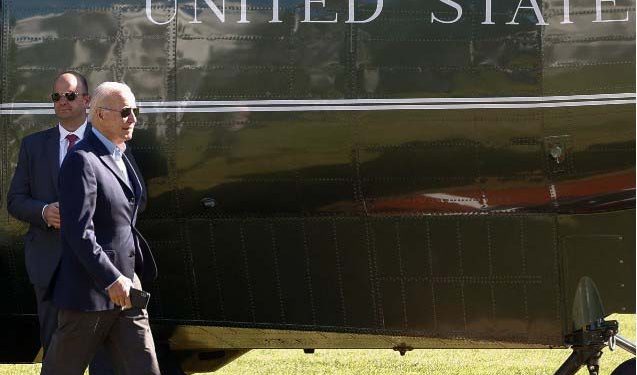 U.S. President Joe Biden pledged to provide advanced air defense systems to Ukraine after Russian missiles hit the capital Kyiv and other cities, the White House said in a statement on Monday.

Biden spoke to President Volodymyr Zelenskyy and “pledged to continue providing Ukraine with the support needed to defend itself, including advanced air defense systems,” the statement said.

Russian President Vladimir Putin has threatened more “severe” attacks against Ukraine after the biggest wave of strikes in months killed at least 11 in retaliation for an explosion that damaged a key bridge linking Russia to the Moscow-annexed Crimean peninsula.

After speaking with Biden, Zelenskyy tweeted that “air defense is currently the number 1 priority in our defense cooperation.”

Kyiv said Russian forces had fired more than 80 missiles on cities across the country and that Russia had also used Iranian drones launched from neighboring Belarus.

Biden “conveyed his condolences to the loved ones of those killed and injured in these senseless attacks,” the White House said.

“He also underscored his ongoing engagement with allies and partners to continue imposing costs on Russia (and) holding Russia accountable for its war crimes and atrocities.”

“If we talk about the whole of Ukraine, then, in addition to Kyiv, hits were recorded in 14 other regions of the state,” said Mariana Reva, spokeswoman for the National Police of Ukraine.

In a video message released on Telegram, Zelenskyy said Ukraine’s energy facilities and people were Russia’s two main targets. The president reiterated his call for residents to stay in shelters.

“The main goal of these war criminals is to sow panic, to frighten, and to leave Ukrainians without light and heat,” Shmyhal added.

Multiple explosions were reported in the Ukrainian cities of Odesa, Zhytomyr, Khmelnytsky, Dnipro, Lviv, Ternopil, and Kyiv, a day after Russian President Vladimir Putin accused Ukrainian intelligence of carrying out what he called a “terrorist attack” on the Kerch Bridge, which connects Russia to Crimea.

Russia has illegally occupied Ukraine’s Crimean Peninsula since 2014, and Putin opened the bridge in 2018 as a symbol of Russia’s hold on the territory.

“Putin’s only tactic is terror in peaceful Ukrainian cities, but he will not break Ukraine down,” Ukrainian Foreign Minister Dmytro Kuleba said on Twitter.