The President raises the issue of Power Devolution. Kiriella is ok, MR and Dinesh mute Gevidu too get involved 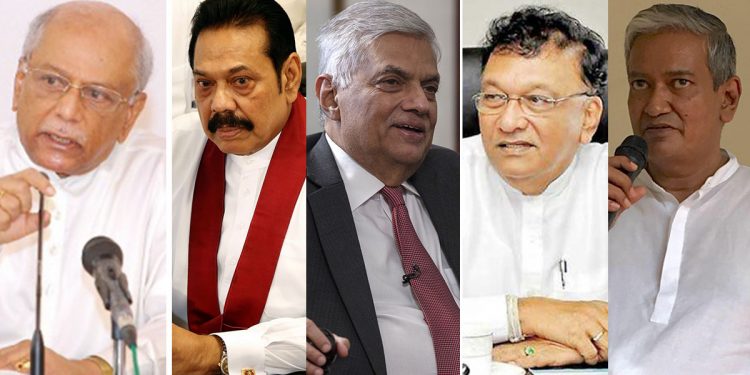 During the budget committee debate held today, President Ranil Wickramasinghe informed the Parliament that he is ready to negotiate with all parties regarding the division of power.

There, the President addressed the party representatives by name and asked if they were in favor of power sharing.

The representatives of the minor parties expressed their consent, and the main organizer of the opposition, Mr. Lakshman Kiriella also stated that they all agree to the division of power.

However, it was a special event that Mr. Kiriella took steps to ask the leaders of Pohottuwa, former President Mahinda Rajapaksa and Prime Minister Dinesh Gunawardena, by name if they agreed to the division of power.

While Mr. Mahinda Rajapaksa and Mr. Dinesh Gunawardena remained silent, Mr. Kiriella said that they were a group that never agreed to devolve power.

Mr. Gevidu Kumaratunga also joined the discussion and questioned the President whether he is preparing for the division of power from the unitary state concept, or in another way.

The President did not give a direct answer, and Mr. Gevidu Kumaratunga responded by saying that the war heroes did not save the country for a non-unitary country, and the people of the country did not agree with that.

No food! No books children! Hospitals without medicine? but the ministry gives Gota’s Viyathmaga Sita a super V8 jeep.