The Aruna news paper and the Lankasara website contradict each other when it comes to Shafter-murder related news! 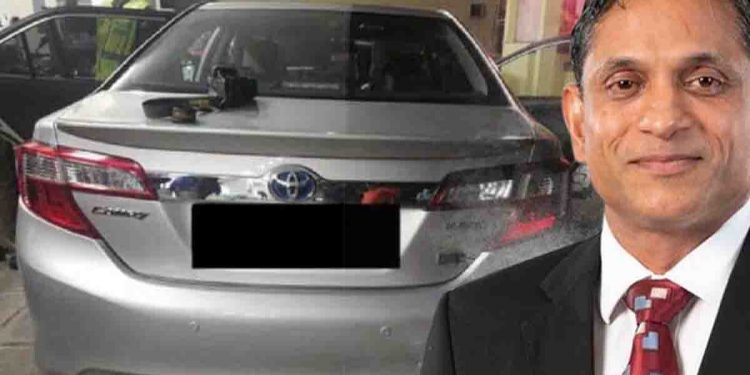 Yesterday, the media reported two news stories about the mysterious death of millionaire businessman Mr. Dinesh Shafter, which is causing a serious concerns.

One of the stories was the one that the Aruna newspaper had reported as its lead story.

Written by Tissa Ravindra Perera, it stated that ‘Shafter’s death is a suicide! CID will confirm!’

The news also said that it has been confirmed by the Criminal Investigation Department.

However, Lankasara Web Adiwaya had reported yesterday evening that some group had tried to show Shafter’s death as a suicide when there was no confirmed evidence.

Both related news items are published below.

The CID has confirmed that the mysterious death of Janashakti Group Director Dinesh Shafter was a suicide.

Investigations conducted so far have confirmed that five days before Dinesh Shafter committed suicide i.e. on December 10, he visited the site of the incident at the Borella Public Cemetery and conducted a previous experiment.

This was also informed to the family at the Magistrate’s Testimony Hearing which was not open to the media at the Colombo Magistrate’s Court. Dinesh Shafter was found by an employee of Borella Cemetery on December 15th while his neck and hands were tied in the car and he died five hours after being admitted to the National Hospital. His vehicle was parked in the area known as the ‘orphan side’ of the Borella Public Cemetery.

The inspectors also found the antenna cable around his neck and the tie cable with his hands tied in his house, which he had bought through an employee of the house. It has been revealed that Shafter strangled himself with the antenna wire using the driver’s seat with cable ties on his hands and did not take his last breath at the same time because he strangled himself.

An investigation chief revealed that investigators have already found evidence of many of his behaviors before he committed suicide. The doctor who treated him has given evidence to the Criminal Investigation Department that he even received medical treatment for depression due to the increase in debt due to business activities.

In addition to these evidences, physical and scientific evidences were also used for the investigation and statements were obtained from 84 people including Shafter’s wife and aunt regarding this mysterious death and CCTV. All of Shafter’s movements were examined by forty camera views. On the instructions of DIG Prasad Ranasinghe in charge of the Criminal Investigation Department, the investigation is under the direction of Senior Superintendent of Police Hemal Prashantha, Director of Homicide and Organized Crime Division.

According to police sources, an attempt is being made to establish that Dinesh Shafter, who was a well-known businessman, committed suicide until there is sufficient evidence including scientific evidence to reach a firm conclusion regarding his death.

The sources stated that no evidence has been received so far to confirm that Mr. Shafter committed suicide, and even during the Magistrate’s investigation held in this regard, no statement was made expressing such an opinion.

In relation to Shafter’s death on December 15th, DNA. The relevant departments expressed their surprise that such an opinion was formed in a situation where 14 test and taster reports and samples have not been received and there is no evidence to confirm that he committed suicide.

The sources stated that statements have been obtained from about 75 people, including Mr. Shafter’s wife, family members, his closest officer who went to rescue him, employees of Borella Cemetery, and those close to Mr. Shafter’s businesses, and further investigations are underway.

Also, the sources revealed that he went to the Borella cemetery on a day prior to the incident and that there was no evidence that he practiced suicide and said that a certain conclusion about his death can be reached based on these statements and the results of scientific research.

17 of the 225 MPs have concealed educational credentials! The majority of them from Pohottuwa! 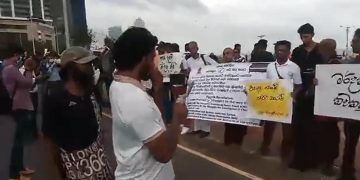 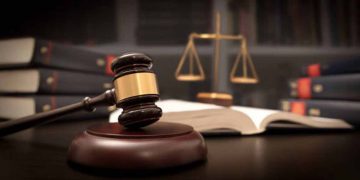 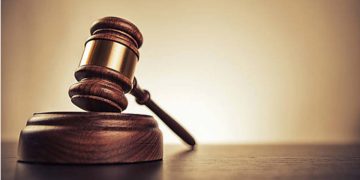 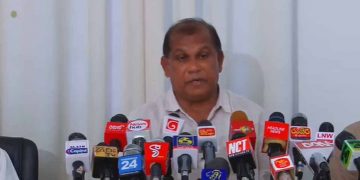 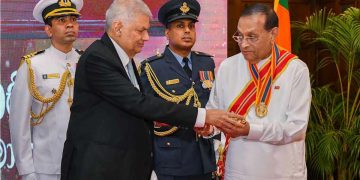