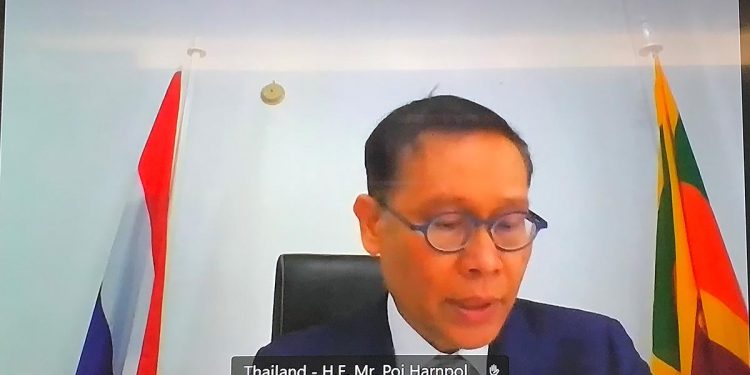 The Kollupitiya Police launched an investigation after a thief broke into the official residence of the Ambassador of Thailand at Flower Road in Colombo 7, police said.
They said the thief had reportedly stolen property and cash worth about Rs. 300,000 from the residence of Ambassador Poj Hanpol.
The robbery took place on Sunday between 2.00 am and 7.00 am and a complaint had been lodged with the police over the theft.
It was reported that a mobile phone, a souvenir, Thai currency and Sri Lankan Rupees were among the items and currency stolen.

The robbery reportedly took place even when a police officer was stationed outside the residence while another private security guard was inside.
Police police have yet to make any arrests.

This is the second time that diplomatic circles have been victim to such situations. Less than a week ago, an unidentified criminal robbed a handbag from an American embassy employee.
The frequency of such attacks on diplomatic missions could generate a hazardous perception of Sri Lanka among global governments.
Police and officials must put a halt to this, especially as Sri Lanka seeks to attract more foreign investment and tourists; how can these goals be realised if foreign missions and their properties are not secure?