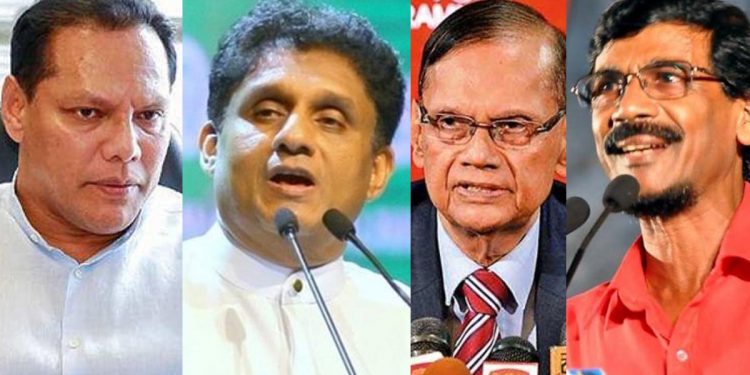 The National Delimitation Committee, chaired by former Election Commission Chairman Mahinda Deshapriya, is a government ploy to postpone local government elections, and all major opposition parties have taken steps to ask him not to be a partner in such a conspiracy.

Tilvin Silva, General Secretary of the Janata Vimukthi Peramuna, also stated during a public gathering that he hoped the local government elections would not be postponed as Deshapriya had previously promised.

“If they continue to engage in delimitation activities, the election date will be cancelled, and there will be no elections.” That’s exactly what they do. However, Deshapriya stated that the elections will not be postponed even if the delimitation issue is resolved. As the former chairman of the Election Commission, we believe he will hold the election in March. Delimitation is fine, but don’t prepare to postpone the election; otherwise, we’ll have to take to the streets again. They are attempting to postpone the elections, which are scheduled to take place in March and have already been delayed by a year. Why do they want to put it off? Because they know they will be defeated if they vote. How do they try to avoid doing something? By declaring their desire for a new electoral system, they acknowledge the need to reduce the number of members and limit the divisions for local government bodies in accordance with the new electoral system. For that purpose, they have formed a demarcation committee chaired by Mr. Deshapriya,’ said Mr. Tilvin Silva.

Meanwhile, Prof. G.L. of the Free People’s Congress and Opposition Member of Parliament questioned the government’s emphasis on demarcation. Mr. Peiris asked Deshapriya to protect his honour and not be a “pawn” in the plan to destroy democracy and postpone elections during a press conference.

“Patriotism has an honourable reputation in this country.” They are attempting to use him as a pawn to undermine democracy and postpone elections. He is knowledgeable about demarcation because he has been involved in this subject for a long time. We make a personal plea to him: don’t be someone else’s pawn, and don’t give your blessing or support to this election-postponement scheme.

Speaking to the media, Dayasiri Jayasekara, Secretary General of the Sri Lanka Freedom Party and Member of Parliament, asked Deshapriya not to be a part of the “conspiracy” to postpone the elections.

“The public believes in Deshapriya. He is vehemently opposed to election postponement. So we respectfully request that he not become involved in this matter, because this is clearly a government conspiracy to postpone the local government elections. All they have to do to reduce the number of members is remove the 25% appointed at the end.

Another Mudali emerges from Dambana to oppose the government! (VIDEO)