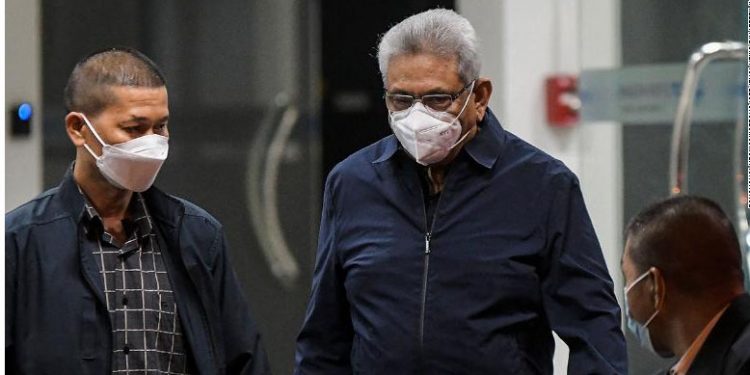 Sri Lanka’s former president Gotabaya Rajapaksa, who fled the crisis – hit  island nation last month amid mass protests, is expected to return to the country next week, according to minister Ali Sabri.

“Officially we have no role in the return. He is a citizen of Sri Lanka and can travel as he wishes,” Sabry said.

The former leader’s hurried exit was a historic moment for the nation of 22 million, which members of the Rajapaksa family ruled with an iron fist for much of the past two decades.

Anger has been growing in Sri Lanka for months after the country’s foreign exchange reserves plummeted to record lows, with dollars running out to pay for essential imports including food, medicine and fuel.

His departure came during a day of chaos and violence that culminated in police imposing a curfew across the country.

Sri Lankan President Ranil Wickremesinghe reportedly said in late July it was “not the right time” for Gotabaya Rajapaksa to return to the country as it could inflame political tensions.

The opposition leader answers false media campaigns! No one will accept ministries under dollar influence!

Godaheva is axed from the State Finance Committee! Is the reason speaking the truth?