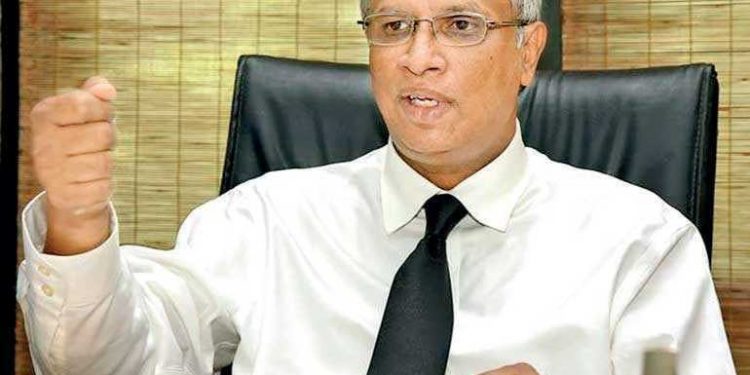 TNA MP Mr M.A . Sumanthiran raised this question in the parliament on 22nd September. He raised the consequences Sri Lanka would face as a result of withdrawing from the resolution co sponsored by US now. Mr .Sumantirans question is appended below in addition to the video clip.

The Government is now facing a challenge in the UN Human rights council, Hon. Minister of Justice is here, and that’s good, I want to refer to some matters that concern him as well. In September 2015, the Sri Lankan government co – sponsored a resolution call HRC 30 / 1. Co – sponsoring means you agree, you sign on to that resolution which then means it is your resolution.

Now in that resolution while Hon. Minister of Justice you were the Hon. Minster even then at that time, there was a clause that Sri Lanka agreed, operation paragraph 6 of that resolution, in which it was agreed that Commonwealth and other foreign Judges, defence lawyers authorised prosecutors and investigators will participate in a process. Commonwealth and other foreign Judges, originally that draft you know Hon. Minister, said Foreign Judges.

It was at the request of the Sri Lankan government the words “Commonwealth” also was added, Commonwealth and other Foreign Judges. Now this is Sri Lanka’s own resolution. But now your foreign minister goes to Geneva and you are seated behind him, and saying participations like this, external mechanisms are unconstitutional, how can that be unconstitutional Hon. Minister, when you yourself in December 2012 presented a bill to Parliament, a private members bill to be presented by Hon. Dr. Wijedasa Rajapakse, M.P. in December 2012, called “Removal of Judges of the Superior court – special provisions act” you yourself have suggested.

You yourself have suggested that this inquiry be conducted against Superior Court Judges by Judges who have held office in the highest court of any Commonwealth Country other than Sri Lanka. So even according to you, your own belief, consistently between 2012 and 2015 foreign judges participating in Processes in inquiries in Sri Lanka was not unconstitutional. You wouldn’t have presented a bill unconstitutional – surely, you are a constitutional lawyer, so this is your own private member’s bill.

And then as official position of the Government of Sri Lanka while you were the minister of Justice and while the incumbent President was the Prime Minister, he wanted the words Commonwealth added in that resolution, and it was added and it was resolved. You can’t resille from whatever you have agreed to, I can understand when the Government changed, when Gotabaya Rajapakse became the President Statement were made saying we are withdrawing from the resolution, but can you withdraw from that resolution?

How can you withdraw from that resolution that you yourself agreed to? So, the resolution now before the council will be put to vote because we are opposing it, opposing the very words that you have agreed to previously, and that’s not good for the country. Thank you.