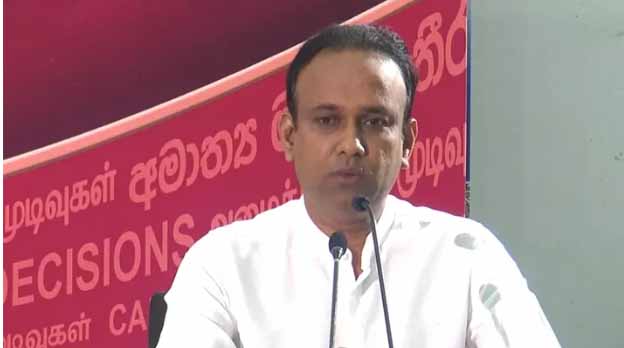 Sri Lanka is built on loans, not tax revenue, and social reform must come from all sectors, according to Industries Minister Ramesh Pathirana.

In his address to parliament on Friday, August 12, Minister Pathirana stated that while Sri Lanka has made significant progress in academics and infrastructure, the country has been built on loans rather than tax revenue.

According to the minister, Sri Lanka was on its way to becoming a developed nation immediately after gaining independence from the British, with Malaysia being the only country in the region ahead of Si Lanka.

“We have accomplished a lot in this time as a country that is still preoccupied with caste, religion, and race,” Pathirana said.

“But we did it through loans, not tax revenue,” he explained.

“We are having difficulty repaying those loans because, during [ex-President] Gotabaya Rajapaksa’s administration, we decided not to take any more loans.”

Pathirana stated that the pandemic has made this decision difficult.

“We should take that responsibility,” he said.

Pathirana said tax reforms could be painful for taxpayers in the future, hinting at what to expect from the upcoming interim budget.

Because of the country’s situation, we must pursue these reforms,” he stated.

He went on to say that in order for the country to develop, social reform should come from all sectors of society.

“It doesn’t matter if more than 1.1 million students have become three wheel drivers,” he said, despite the fact that the number of schools has increased.

Pathirana stated that not only politicians, but also officials who carry out decisions, must take responsibility for social development.

“Every year, we have 40,000 graduates.” If the majority of them lose their jobs despite having degrees, education officials must accept responsibility for failing to provide them with the necessary skills for the job market,” Pathirana said.

“Change should come from everyone and not just from politicians,” he said.