Some media claimed Shafter committed suicide! In today’s instance, the magistrate declared the cause of death has not been determined! Then how did the papers state Shafter killed himself? 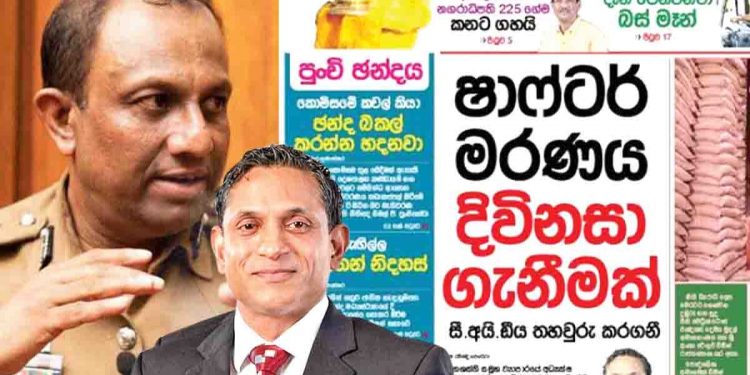 Colombo Additional Magistrate Mrs. Rajindra Jayasuriya stated in the open court today (23) that she decided to call the evidence of the Magistrate’s inquiry related to the death of businessman Mr. Dinesh Shafter in her official room based on a request made by the parties involved.

The Magistrate said this when the relevant investigation was called before the Colombo Magistrate Court today.

The Magistrate said that since various information related to the death has been disseminated through the media, a request was received from the side of the deceased to conduct the inquest’s testimony in private

Therefore, the Magistrate decided to hold the hearing of the evidence in her office, she said.

The magistrate also said that the government’s expert report related to the investigations related to the death of Mr. Dinesh Shafter has been received.

The magistrate mentioned that the cause of death has not yet been determined by the court.

After that, the examination of the evidence related to this death investigation was conducted in the magistrate’s office, where the testimony of the deceased Mr. Shafter’s brother was recorded.

Further evidence hearing was adjourned till next 08th.

A preparation to begin the Legislative Council with only 9 members, in violation of the previous agreement!