Siridhamma Thero and Wasantha were questioned for five hours throughout their ninety-day detention! 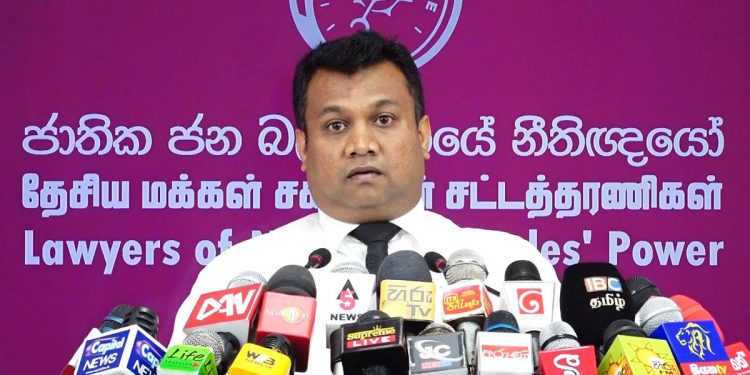 Today (23) the lawyers of the National People’s Force said that Wasantha Mudali and Pujya Galwewa Siridhamma Thero were interrogated for only 05 hours for three months during their detention, and they did not have any answers to the question asked by Wasantha Mudali’s investigators about the terrorist act they had committed. Lawyer Akalank Ukwatta said in the press conference.

He stated that Wasantha Mudalige and Siridhamma Thera have been detained for ninety days in connection with several cases which are already pending in the Attanagalla and Fort Magistrate Courts.

He questioned why these two are being detained under the Prevention of Terrorism Act when Atthanagalla and Fort courts have already been charged with the relevant charges under the Penal Code.

Cases have been filed in the courts regarding matters not related to the Prevention of Terrorism Act. All those charges are under the Penal Code. If that is the case, what will happen to the cases assigned in the Attanagalla and Fort courts under the Attorney General? After 90 days, the investigations are not completed, which means that there is no other purpose other than harassment. Now the Attorney General should submit the reasons for not granting bail to these two to the Magistrate Court. The Attorney General is responsible to the Republic and the people of this country and not to the governments that are appointed from time to time.