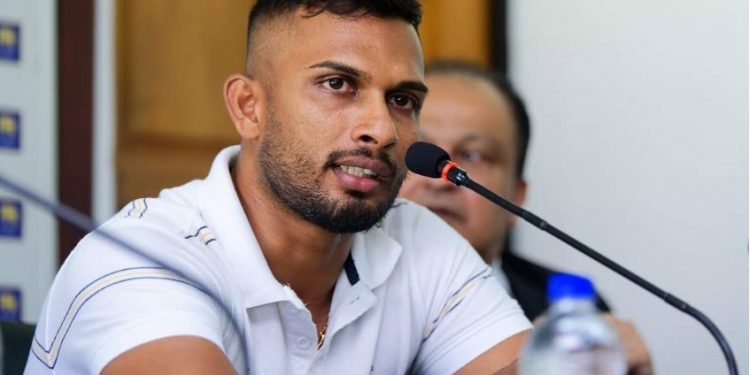 Dasun Shanaka, Sri Lanka’s T20 and ODI captain, praised the Sri Lankan media for their wonderful support throughout the years.

“To begin with, I’d like to express my gratitude to the media. Before I became captain, the media supported me greatly to get here. When I first arrived to SSC, nobody knew who I was, and I scored a century in a Twenty20 match with 16 sixes, I remember it well. The media took it up at the time and introduced me to the nation. “Only from there did many people learn my name,” Dasun Shanaka explained.

“I am now a member of the national squad thanks to the backing of the media. Shanaka continued, “At this time, I respectfully thank the media for the assistance they have provided me and the players.”

“Even when there are problems, I never refuse the media. I approach the media for all cricket-related inquiries. Likewise, on behalf of the other team members, I would like to thank the media for their support,” he continued.

In addition, he requested that the media support the team in both good and bad times by providing constructive criticism and highlighting areas for improvement.

US Ambassador to Dewatagaha Mosque