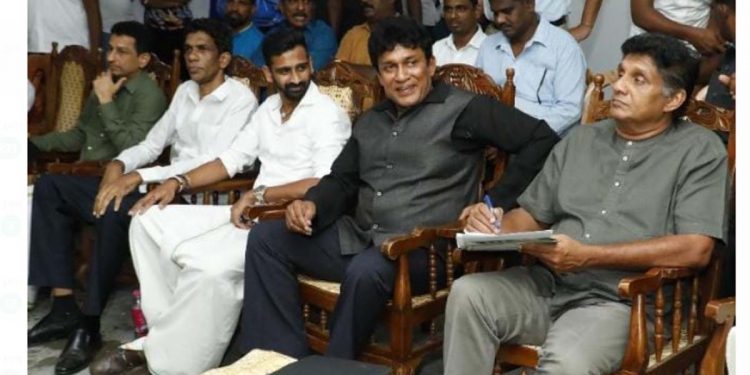 The opposition leader stated that if he accepted the presidency or the prime ministership, he would have to be a keeper of the pot, join a racist and religious gang, and take an oath as a racist, and he was not prepared for such a thing.

The opposition leader stated that he loves his self-respect above everything else and that he will not sacrifice his soul for positions.

This was stated by the opposition leader while attending the launching of the Hatton Tamil Progressive Front office in Nuwara Eliya.

Samagi Jana Balawegaye, Vice President of the Tamil Progressive Alliance and Member of Nuwara Eliya District Mr. Palani Digambaram presided over the meeting, which was attended by a number of  MP  Mano Ganesan, the alliance’s chairman, and Mr. Jeevan Thondaman, Secretary General of the Ceylon Labor Congress.

The Leader of the Opposition also provided cash assistance to six families who lost loved ones in the recent floods.

The opposition leader stated that the people would teach those attempting to rise from the ashes the appropriate lesson in the approaching elections, and that tens of millions of people in our country are ready to build a united people’s power coalition government.

According to the opposition leader, the entire country fell bankrupt as a result of arbitrary judgments made in the past, and the livelihoods of the people on the plantations were entirely destroyed.

The opposition leader stated that the late President Ranasinghe Premadasa had a deep grasp of Upcountry’s concerns and promised to grant them citizenship.

According to the opposition leader, some people would like to keep the people who live in the upcountry plantations working all the time. He stated that it will be completely changed under a Samagi Jana Balawega government, and that he will vow to provide them with a very decent quality of life. Even today, he says that those who live on plantations should be converted into little tea plantation owners, and he says he has a justification for this.

First it was Mahinda, now it’s Basil, with No Gota in the Pohottuwa media background..