First it was Mahinda, now it’s Basil, with No Gota in the Pohottuwa media background.. 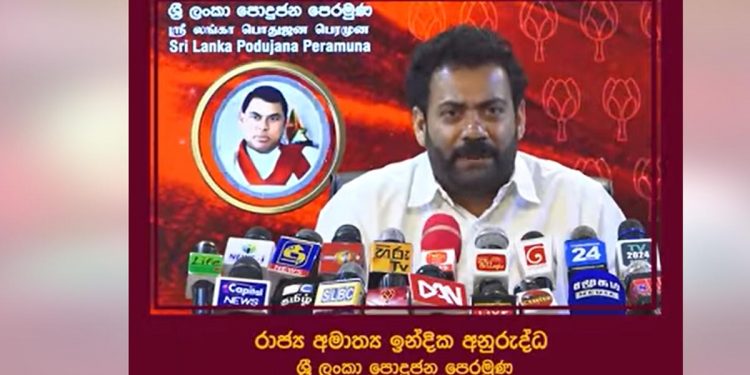 Recently, some crisis has arisen regarding the appearance of the Rajapaksa’s faces in the background during press conferences at the main office in Pohottuwa.

In the beginning, the faces of Mahinda Rajapaksa, Basil Rajapaksa and Gotabhaya Rajapaksa were displayed, but after the struggle, with the escape of Gota, the display of the faces of all the Rajapaksas was suspended.

Instead, only the Pohottu logo was displayed there.

However, after it was revealed by the media, the face of Mr. Mahinda Rajapaksa was once again displayed last week.

Accordingly, only Mr. Gotabaya Rajapaksa’s face may have been removed from it.