Road to no where: China’s Belt and Road initiative at tipping point 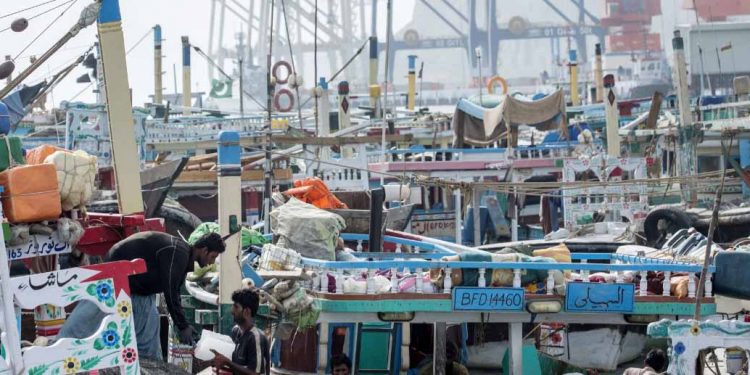 The drive to Pakistan’s port of Gwadar takes seven and a half hours from Karachi via the Makran coastal highway. Much of the 600-km route is deserted, with no restaurants, restrooms or even fuel stations. On a recent journey, around 200 vehicles in total could be counted during the entire drive.

Arriving in the city on Pakistan’s Indian Ocean coast, Chinese and Pakistani flags are ubiquitous, and Chinese-financed construction projects loom, but the city is spookily devoid of economic activity. Near the seafront, broad avenues are curiously empty of vehicles. Inside the city center, the roads are narrow, congested and covered with foul smelling drain water, with few multistory buildings aside from the Chinese-built port compound.

It is hard to visualize Gwadar as the launch pad of a new global paradigm, but that is what Beijing would have the world believe.

Nine years ago it was plucked out of obscurity —  a backwater in Pakistan’s restive Balochistan region — and presented as China’s commercial window onto the Indian Ocean, a hub for regional integration under the Belt and Road Initiative, which was to harness the juggernaut of the Chinese economy to the goal of Asian economic development.

The initiative, which includes pledges to 149 countries, aims to promote Chinese-led regional integration — and sew economic dependence on Beijing.

First announced in a speech by Chinese President Xi Jinping in 2013 as the “Silk Road,” the BRI was fleshed out in April 2015 with the announcement of the China-Pakistan Economic Corridor (CPEC), stretching from Gwadar to the Chinese city of Kashgar, in Xinjiang.

The CPEC showcased the China-Pakistan “all-weather friendship” with $46 billion in pledged funds that has since grown to $50 billion. It was to be the backbone of the now renamed Belt and Road Initiative.

When the CPEC agreements were signed, Pakistan’s government called Gwadar “the economic future of Pakistan,” an alternative to Dubai that would turn around the country’s economic fortunes.

The government also claimed that Gwadar’s gross domestic product would increase from an estimated $430 million in 2017 to $30 billion by 2050, and produce 1.2 million jobs for a population that currently stands at 90,000.

But today, with just a couple of months until the 20th Chinese Communist Party Congress in Beijing, the CPEC is on the verge of crisis, as is the BRI itself.  Many headline projects have either failed to get off the ground or produced mixed to poor results.

This week, Nikkei Asia begins a three-part series, a comprehensive effort to take stock of the BRI nearly a decade after it began. Today, the project’s initial optimism has been replaced by disappointment over mismanagement, debt crises and corruption that have left many projects unfinished or incapable of fulfilling their promised potential.

Nikkei Asia journalists have traveled to focal points of BRI investment over the last decade – from Gwadar to Sihanoukville and Colombo to Kuala Lumpur. Their reporting illustrates the already mature legacy of China’s far-reaching efforts to increase its global influence.