Rajitha Senarathna, reported to join the government, is in a meeting with opposition leader. 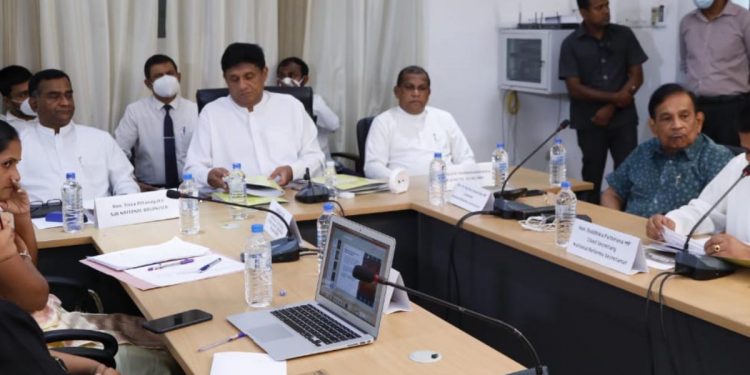 It is reported that Mr. Rajitha Senaratne, who was rumored to be joining the government through  a planned media campaign recently that he will join the government and become a minister, is currently participating in a special meeting of the secretariat for reforms implemented through the opposition leader’s office.

That is with opposition leader Mr. Sajith Premadasa.

This meeting will be held with a group of industrialists engaged in traditional industries in Sri Lanka.

It is said that the party’s general secretary Ranjith Maddumabandara, national organizer Tissa Attanayake and others will be present on this occasion.

However, it was seen that Mr. Rajitha Senaratne had also issued various statements praising the President’s program throughout the last few days.

Accordingly, the media had also reported that Mr. Senaratne would join the government and Mr. Senaratne did not take steps to deny them.

However, when Mr. Wickramasinghe assumed the office of President and appointed the cabinet, almost all the media had published media reports that the 20 members of the Sahab, including the Secretary General of the Sahab, Mr. Ranjith Maddumabandara, would join the government.

It has been learned that the opposition MPs are preparing to make many special revelations about the unilateral behavior of the media in this way.