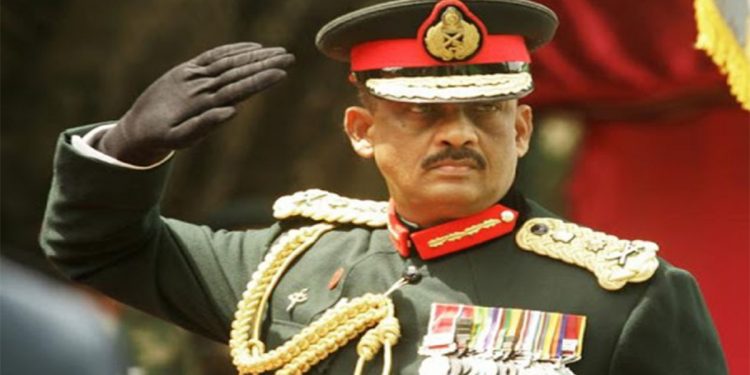 Parliamentarian Field Marshal Sarath Fonseka said in Parliament that President Ranil Wickremesinghe is taking revenge on the youth who raised their voices for the country.

“This is taking revenge from the youth who raised their voice for the country. From the children who cut a path that the country should be led in a certain direction. The people of this country should stand up for these children. We need to stop putting those people in jail.

You can’t save the country after taking a loan. He has not made a plan to rebuild the country. But we can see that some henchmen around him are enjoying themselves at this time. We respectfully ask him not to take revenge on the children in the struggle. He eats the piece of papaya and puts it in the cage.

A young man is arrested for wearing the flag after the President ran away. That young man must have thought it was a piece of batik cloth. He is not ready to take action against a politician who is spreading corruption in a country full of corruption.

The struggle did not last on the 9th. In the face of repression, the struggle was suppressed. But the concept of struggle is not over. We bless this struggle every day. The struggle needs to be reorganized. It will take some time. Don’t think that the struggle is over. Don’t get ready to have fun again,” MP Field Marshal Sarath Fonseka further said in Parliament today.