President is a hostage! A warm welcome for Sajith in Ampara! (VIDEO & PHOTOS) 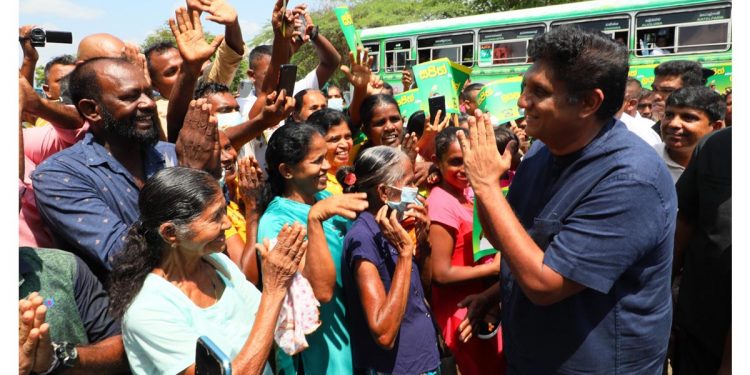 Common people’s struggle arose in the minds of the people of this country to drive out this genocidal and oppressed government and establish a democratic regime, but in the end, what happened was that a person who was an economic killer of the country and who could protect them was seated in the president’s chair. Opposition leader Sajith Premadasa said today (15) in Ampara that the family has become a hostage of the leading party.

The opening of the main office of the Ampara Samagi Janabalawega and its board meeting was held under the chairmanship of Mr. Sajith Premadasa, the leader of the opposition.

The opposition leader said that the Prime Minister resigned after attacking the people’s struggle and even in Hambantota district during the elections they committed assault and violence.

The opposition leader said that in the past, the people of Ampara had farmed well and lived a good life and they were not slaves or prisoners of anyone, but the farmer, fisherman, laborer, hirer, women-headed families, disabled families and school children who were well off in the country then are all helpless today. Mr. Sajith Premadasa said that this government has killed the economy of this country by not being able to give even Triposha to the children.