Parts of the 25-ton Chinese rocket in space fall to Earth! 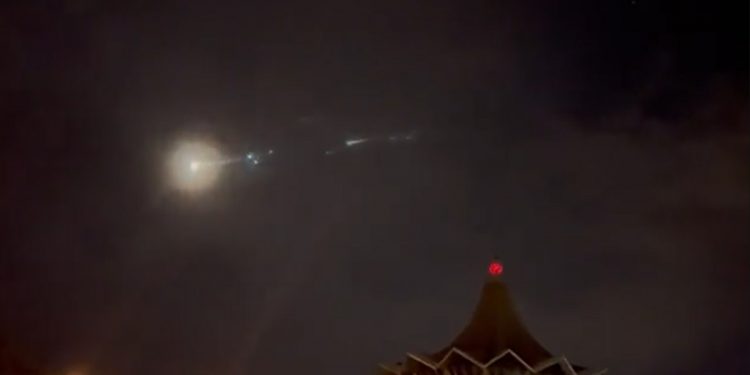 Last night, the Chinese CZ5B rocket, which was launched on July 24, collided with the Earth.

The Indian Ocean was one of the expected areas, with parts of it crashing into the Sulu Sea off the coast of the Philippines last night.

This was used to transport cargo to the Chinese space station.

The remnants of the 25-ton rocket were expected to float freely outside the Earth’s orbit and could enter the Earth at any time.

With that, the entire world’s attention was drawn to the possibility that they would collide with the land.

The 25-ton rocket’s parts were expected to crash into Earth, but the majority of them were reported to have burned up upon entering Earth’s orbit.

The tourism industry will suffer as the state of emergency is extended.