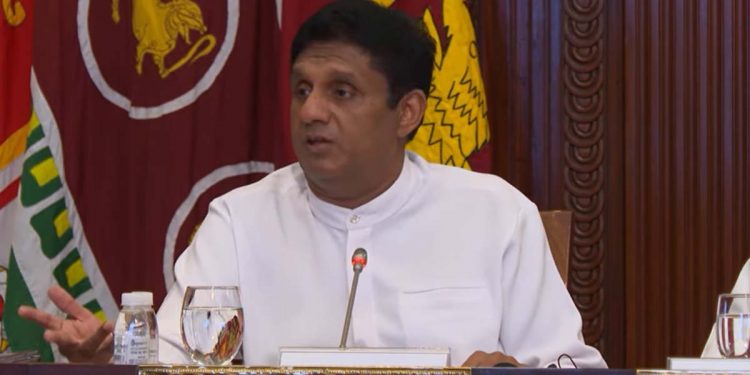 For many months, the president, prime minister, cabinet and parties related to the government of this country have engaged in a grand conspiracy to prevent and disrupt the local government vote and at one point through Hapuhinna Magadiya, fraudulent decisions, false decisions and fraudulent decisions were taken from the cabinet and depositing election money of the candidates. The opposition leader mentioned that he was engaged in a preventive race-oriented process and on another occasion he had said that he could not give money for the election through the Treasury Secretary, that the government had no money, and that he could not pay salaries including social welfare work.

The government is preparing for a new trick!

As a new step in the way of disrupting these elections, tomorrow through the Constituent Assembly, the members of the Election Commission will be changed and an attempt will be made to undermine the Election Commission and because it is mentioned in the law books of the country that the punishment will be given to people’s sovereignty if it interferes with the people’s sovereignty. Opposition leader Sajith Premadasa said today (24) that the Samagi Jana Balawegaya will go before the court.

The opposition leader further stated that if the meeting of the Legislative Council is used to disrupt the elections held on March 9, the action will be definitely defeated by protecting the voting rights of the people of the country and any measures will be taken for that.

No conspiracies that postpone elections!

Likewise, the responsible parties of the Legislative Assembly are warned not to include conspiracies to postpone the elections in the agenda of the meeting of the Legislative Assembly tomorrow and not to do anything that will harm the representatives of the Independent Election Commission. The opposition leader also stated that Samagi Jana Balawega is ready to protect the members including the Chairman of the Election Commission and as the leader of the opposition, he will provide leadership to defeat all conspiracies that spoil the sovereignty of the people in this country and will come forward at any time to protect the voting rights of the people.

Some raised that day when they asked for elections!

Mr. Sajith Premadasa, the leader of the opposition, further said that when he declared that the election was necessary, the people who raised insults would demand the election at this time and therefore he would give leadership to defeat any attempt by the government to postpone or disrupt the elections.

They kept saying, “No…” The Ministry of Finance now claims that there is money! VIDEO

I never said there was no money for voting! Today, the Secretary of the Ministry of Finance informs the Parliament’s State Finance Committee!