On the 15th, SJB decides to take the entire country to the streets in protest of the electricity bill, the price of goods, the unfair tax cut, and the children’s textbook! (PHOTOS) 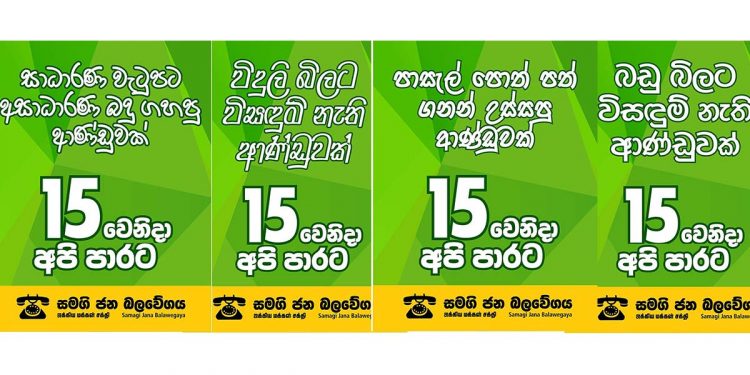 The Samagi Jana Balawegaya has planned to organize a massive demonstration on the 15th against the anti-people program launched by the government.

SJB has decided to conduct a nationwide agitation against the government against the increasing electricity bills, rising prices of goods, unfair taxation and the imposition of taxes on children’s school books.

Accordingly, SJB has planned to take to the streets against the government in every seat in every district.

We are eager to join JVP! Statement by Pohottuve General Secretary Sagara Kariyawasam in Anuradhapura! (VIDEO)