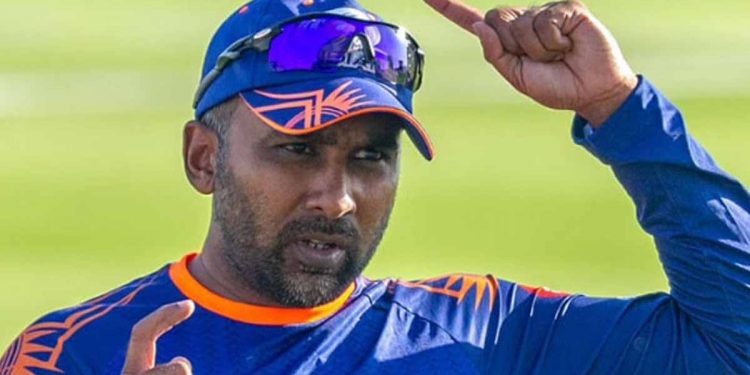 Coach Mahela Jayawardena says that he expects all the Sri Lankan players to be at their best by the end of the Twenty20 World Cup cricket tournament.

He has mentioned this while speaking to ‘Ada Derana’ from Australia.

He said that the Sri Lankan players are currently at a high level in terms of understanding a match.

“We didn’t play well in the first game of the first round. But then you can be happy with the way the players played.”

“Even though we lost to Australia in the second round, we gave a good match with the atmosphere on that pitch. We made a mistake… we have to admit… we could have done a little better. But due to Binura getting injured, we had to come out of our plan.”

“But I can be happy when I see the way each player plays. The players have come a long way. The way they understand a match is very good. We can go further.”

“We need to see why the players got injured. Various factors affect it.”

“Sydney pitches are usual pitches for our players. If we can win the match against New Zealand, we can get into a good position.”

This country is free of terrorism! Terrorists are not those who ask for food! – Sarath Fondeka(VIDEO)