Kidnapping of Lalit and Coogan! Gota served with a summons by the court! 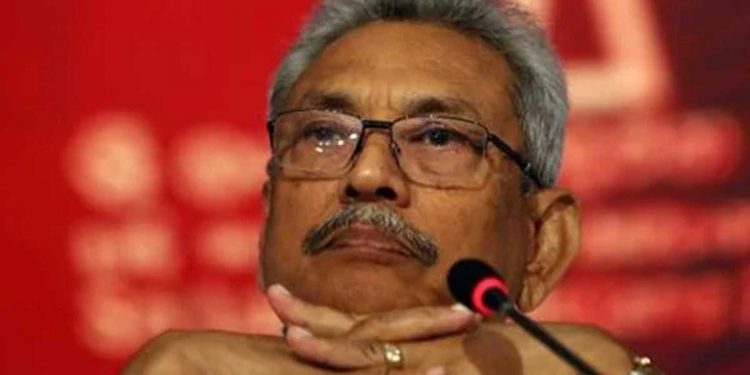 The former president who has been named as the respondent in the petition filed requesting the annulment of the appeal court decision that ex-President Gotabhaya Rajapaksa cannot be summoned to testify in the trial before the Jaffna Magistrate’s Court regarding the kidnapping of two human rights activists, Lalith Weeraraj and Kugan Muruganandan in 2011. The Supreme Court today informed the petitioner’s lawyers to issue another notice to Mr. Gotabhaya Rajapaksa.

The petition was filed today (19) by Gamini Amarasekara, Yasanta Kodagoda and A. H. M. D. Nawaz was summoned before the Supreme Court bench.

Mr. Nuwan Bopage, the lawyer who appeared for the petitioner, presented the facts before the court and informed that a notice has been sent to the former President Gotabhaya Rajapaksa, who is named as the respondent in the petition.

But there was no lawyer appearing for Mr. Gotabhaya Rajapaksa.

Accordingly, the Supreme Court informed the lawyer of the petitioner to issue a notice to Mr. Gotabhaya Rajapaksa again and ordered that the petition be called again on December 15th.

The Jaffna Magistrate’s Court has issued a notice to Mr. Gotabhaya Rajapaksa, who was the then Defense Secretary, to appear on September 27, 2019 to testify in connection with a habeas corpus complaint filed by their relatives regarding the disappearance of Lalith Weeraraj and Kugan Muruganandan on December 10, 2011. had

The appellate court that heard it had ruled that Mr. Gotabaya Rajapakse could not be summoned to testify as he was the president when it announced its decision.

The appeal petition has been submitted to the Supreme Court by the relatives of the disappeared requesting that the decision of the Court of Appeal is against the law and that Mr. Gotabhaya Rajapakse be removed from office as the President to issue an order that he may be called to testify. –