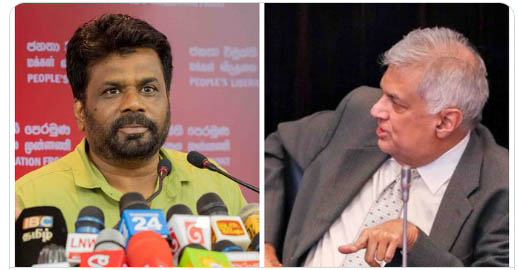 The meeting was scheduled to discuss the arrangements for an all-party government.

Instead, JVP leader Anura Kumara Dissanayake stated that the party would make written proposals to the President.

The JVP announced earlier today that it will take part in tomorrow’s discussion with President Ranil Wickremesinghe (09).

Sunil Handunnetti, a JVP member, told the media that the JVP will not support or join the all-party government.

“What is the point of talking about an All-Party Government when the President has already appointed a government?” he asked, adding that “his talks of an interim government are over.”

According to the former parliamentarian, the President has no plans to form an All-Party Government that would call an election soon.

“It is clear that the all-party government he intends to form will strengthen his power and win international confidence to obtain loans,” Handunnetti said.

He stated that this is not an all-party government with popular support. Such a government will not be supported by the JVP.