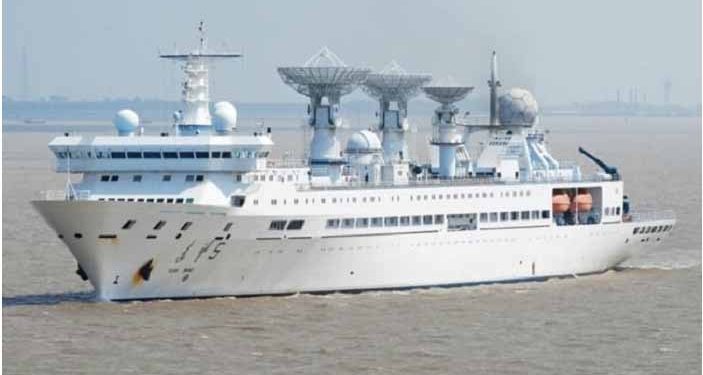 China’s insinuation about a Chinese research vessel visiting Sri Lanka has been rejected by India.

“India rejects China’s insinuation that its vessel will not be able to dock at Hambantota,” said a spokesman for the Indian Foreign Ministry.

He made the remarks to the media in response to the Chinese ship Yuan Wang 5’s upcoming visit to Sri Lanka.

Sri Lanka confirmed on Monday that it had communicated with China to postpone the Chinese vessel Yuang Wang 5’s visit to Hambantota port.

The Sri Lankan foreign ministry said in a statement that the Chinese vessel Yuan Wang 5 was scheduled to dock at the Chinese-leased Hambantota port on August 11 for refuelling before departing on August 17.

“The Ministry has communicated to the People’s Republic of China Embassy in Colombo to postpone the visit of the said vessel to the Hambantota port,” it said.

The request comes after India expressed security concerns about the vessel’s docking in Hambantota.

India expressed concern because the vessel was depicted as a spy ship capable of mapping the ocean floor, which is critical to the Chinese Navy’s anti-submarine operations.

Tourist visas up to 180 days

Chinese spy ship to Sri Lanka on the 16th? EXCLUSIVE