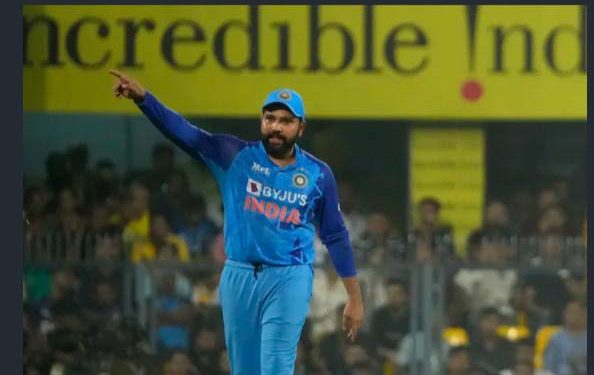 Rohit Sharma is confident India has learned from its dismal Twenty20 World Cup campaign last year and will be more prepared for archrival Pakistan in a blockbuster Group 2 opener on Sunday.

The India captain said a key lesson from the 2021 tournament, which ended for his squad with a 10-wicket thrashing from Pakistan, was more emphasis on fine-tuning ahead of time.

As a result, the India squad arrived in Australia more than two weeks ago, initially training in Perth in Western Australia before crossing the continent for a warm-up game against defending champion and tournament host Australia in Brisbane.

Taking six wickets in the last two overs to edge Australia by six runs in the unofficial match at the Gabba, which followed recent series wins over South Africa and Australia in the shortest format of the international game, has boosted India’s confidence as it seeks to end a 15-year T20 title drought.

Sharma said the opportunity to play in different conditions in Western Australia and Queensland was important as it allowed those in the 15-man squad who had not played Down Under a chance to experience the variance in pitches and grounds.

“We wanted to change a lot of things that went wrong for us in the last World Cup. We managed to get some of those things right, for sure,” he said. “We are pretty much starting in a good position right now, understanding what we need to do as a team.”

Sharma said the bowling group and the batting group were clear on their strategies, and needed to be backed up in the field.

“It is now time to execute those plans, those ideas,” he said. “No team will be 100% right but, as a team, we want to do as many things as possible right.”

He conceded that the challenge posed by Pakistan, which was training at the MCG on Saturday night, was significant given their recent matches.

The 10-wicket win at Dubai in the 2021 T20 World Cup aside, Pakistan responded from a loss to India in the group stages of the recent Asia Cup to post a five-wicket victory last month.

T20’s top-ranked batter Mohammad Rizwan proved to be the match-winner for Pakistan in that encounter, just as he did in their last World Cup meeting when scoring an unbeaten 79 runs.

But Sharma said India had identified the strengths and weaknesses of the 2009 T20 World Cup champions.

“I don’t want to use the word pressure, because pressure is constant. It doesn’t change, ever,” he said. “I would like to see this as a challenge. This Pakistan team is a very challenging team. All the Pakistan teams I have played against since 2007 till 2022, they have been good teams.”

The biggest threat to India’s hopes of beginning the World Cup with a victory might not be Rizwan. Nor will the presence of Virat Kohli batting at No.3 be the biggest concern for Pakistan should Melbourne’s notoriously fickle weather continue.

Australia’s east coast has been hit by a La Nina weather pattern which has resulted in heavy flooding to parts of the country and threatens to disrupt the Super 12 round of the tournament. India’s warm-up game against New Zealand on Wednesday was abandoned and matches being played at club level around Melbourne on Saturday were washed out.

Rain is on the forecast again for Sunday night, and Sharma said India had plans in place should the game be shortened as a result of wet weather.

Winning the toss “does become a little more important, but again, I have been hearing about Melbourne weather for a while now and it keeps changing,” he said. “We need to come here thinking it will be a 40-over game. And, if the situation demands that it is a shorter game, we will be ready for that as well.”