Former Minister Navin Dissanayake reprimanded and ejected a CEB employee who was attempting to carry out his duties over non-payment of an electricity bill for months. 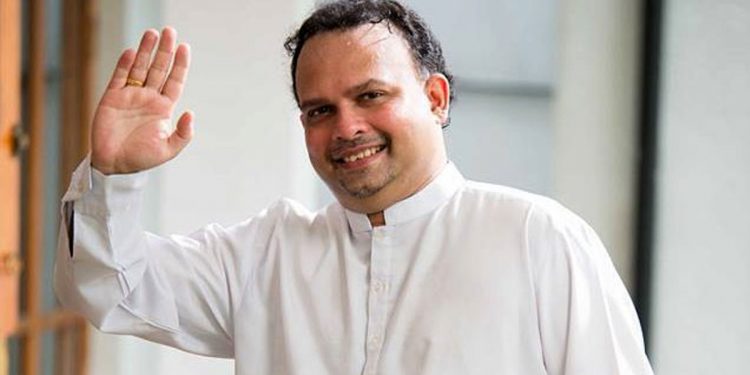 The Kuruduwatta Police have received a complaint that two employees of the Electricity Board who went to a house located at McCarthy Road, Colombo 07 this morning to disconnect the electricity due to non-payment of electricity bills were scolded and pushed out of the gate by two persons including a former minister who resides in the house, Mr. Navin Dissanayake.

The complaint in this regard has been submitted by Hikkaduwa’s Gayan Kanishka, who works as a junior technical assistant in Colombo South Electricity Office.

That when he went to disconnect the electricity supply in the house belonging to Wasantha Jayasuriya due to non-payment of electricity bills, former member of Parliament Mr. Navin Dissanayake, who is currently residing in the house, scolded him and the driver Chandratilaka and pushed him out of the gate of the house. It is stated in the complaint.

The various complaints section of the Kurunduwatta police station has recorded this complaint and an investigation has been started in this regard.

-Extracted from the Newswave web site.

An actor and an actress were apprehended on charges of cheating Gems and valuables.